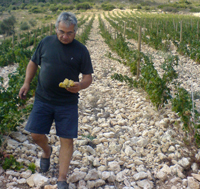 Antoine Arena, like most Corsicans of his generation, grew up in a family that earned a modest living working the land on an island largely unknown to the outside world. As soon as he could, he joined the mass exodus of Corsicans to the French mainland, in search of jobs and what they thought to be a better life. Several years later, in the mid 1970s, with a promising career on the mainland, the Corsican independence movement exploded with violent confrontations between nationalists and French government forces, leaving Antoine stunned.

In his shock and anger, he moved back to the family farm and decided to reverse the trend and remain on the land, as his own form of protest. Many others soon followed his lead, and for the first time in over a century, the emigration from the island ebbed and Corsicans came back home to reclaim their land.

To survive off the land, Antoine knew he would need to show the world outside of Corsica what Patrimonio was capable of. And so his mission began to make the best his land could make and to spread the word. He started identifying the best parcels and vinifiying them separately, and long before his time, worked the vines organically and vinified without any added sulfur.

From the beginning of the endeavor, Antoine and his wife Marie worked tirelessly to put Patrimonio on the map to the greater French public, and with quite a success. They brought fame and respect to their appellation and are recognized nearly unanimously as being the best there is on the island. In Paris, for example, Arena is a living legend and his presence at a tasting in the city will always guarantee an over-capacity crowd. He’s close friends with the likes of the Gang of Four, Montanet, Barral, Catherine & Pierre Breton, and is as much of a bon vivant as any of them.

Now, Antoine is joined by his two sons, Antoine-Marie and Jean-Baptiste, who share Antoine’s spirit and continue to work the land and make the wine naturally, as taught by their father. As of the 2014 vintage, the Arenas have divided their holdings evenly amongst Antoine, Antoine-Marie, and Jean-Baptiste. The decision came naturally: in a typically Corsican spirit of independence, Antoine’s sons will carry on the family tradition through their very own domaines, enjoying the autonomy to work the way they desire while maintaining close family bonds and a free exchange of ideas (see Antoine-Marie Arena and Jean-Baptiste Arena). Antoine’s legacy lives on, and the Arena name will forever be associated with pioneering excellence in Corsican wine.

• Long fermentations, then wines are aged for 6 to 8 months on fine lees in stainless steel tanks

• Most vintages are bottled unfiltered

• Long macerations from 6 to 9 weeks, with regular punch-downs

• Long élévages, up to 2 years in concrete tanks


• No fining, no filtration

• Rosé made from direct press

• Vines are mostly situated in the “Morta Maio” vineyard

The Carco vineyard is on an eastern facing slope, cleared of its maquis and planted in 1987 by Antoine. The name of the parcel, Carco, dates back to at least Napoleonic times, and in Corsican means “busy,” most likely due to the fact that it was covered in densely planted olive trees at that time, before being abandoned. Two different wines come from this vineyard: the Patrimonio Carco Rouge, from Niellucciu (1ha). Niellucciu (Corsican spelling) vines are the descendants of Sangiovese vines brought to Patrimonio by Pisans in the 12th century when Corsica was a part of the Republic of Pisa. “Niel” in Corsican means black, and “lucciu” is an endearing term for something small, thus the name given to the grape for its dark color and small berries. While Niellucciu and Sangiovese are indeed cousins, the Niellucciu of Patrimonio has had nearly nine centuries to adapt to the particularities of the local terroir. The second wine is the Patrimonio Carco Blanc (2ha), 100% Vermentinu. (Vermentinu arrived in Patrimonio well before Niellucciu, although the date of its arrival is still unclear). Both the rouge and blanc from this parcel are marked by a limestone nerve and minerality.

The Morta Maio vineyard was planted in 2001 with only Niellucciu. There is just a single cuvée from this parcel, the Patrimonio “Morta Maio” Rouge. This is often the most approachable of the reds when young—dark, earthy, chewy and juicy.

Morta Maio translates as “The Eldest Myrtle.” Morta = Myrtle in Corsican, the shrub that makes up the bulk of the maquis in Patrimonio. (In other parts of Corsica they spell Morta as Murtha, where you can see more of the resemblance to the word Myrtle). Maio = The Eldest, or the oldest. This parcel, which has belonged to the Arena family for over 400 years, immediately surrounds their house and was used as brush pasture for the donkeys who worked the vines. Since the parcel has been in use for so long (longer than the 400 years it has belonged to the Arenas) the term “Maio” was added to it.

Bianco Gentile is a variety native to the island, which was considered lost until a small parcel was found up the highlands of Corsica. Antoine and a small group of vigneron friends took some cuttings from that last remaining vineyard, and planted it back on his property, effectively saving it from extinction. Patrimonio regulations, drawn up when the grape was considered extinct, don't allow for its use in the A.O.C., so the wine is a Vin de France. The parcel is situated between the Carco and Grotte di Sole vineyards.

There is also a small parcel of Muscat à Petits Grains that goes into the Muscat du Cap Corse cuvée. It is a low-yielding parcel, which is then fortifies with Corsican grappa, as tradition and A.O.C. rules require. His Muscat is never over the top nor syrupy but is always floral and delicate. The Arenas also produce a small quantity of unfortified Muscat that is mostly consumed locally. 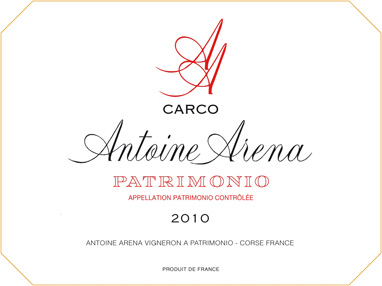 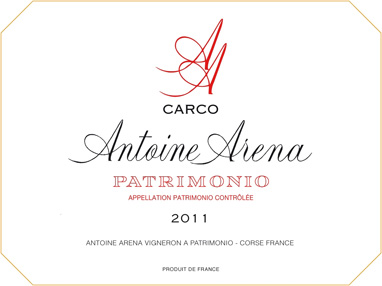 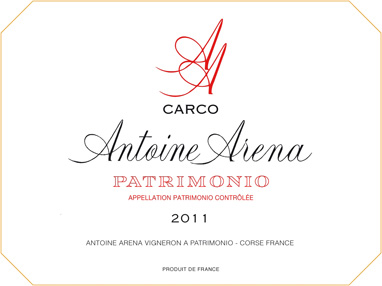 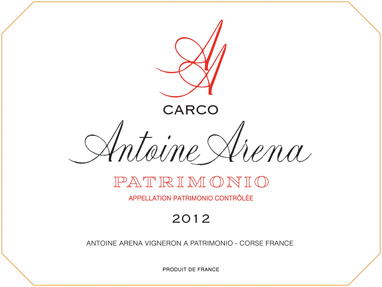 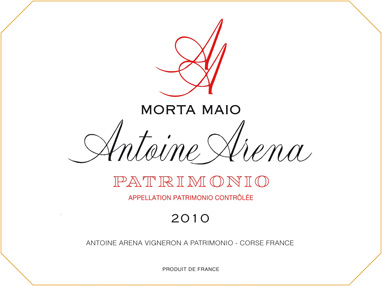 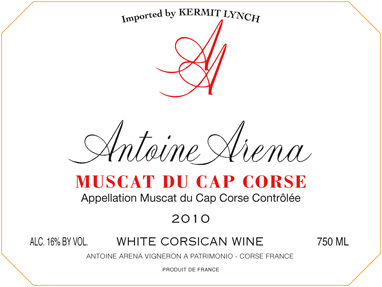 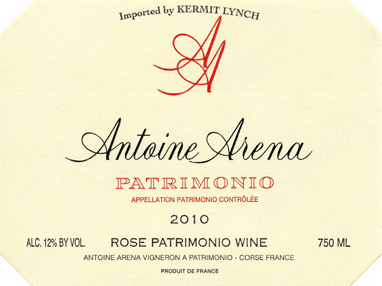 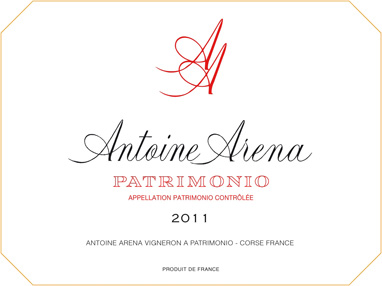 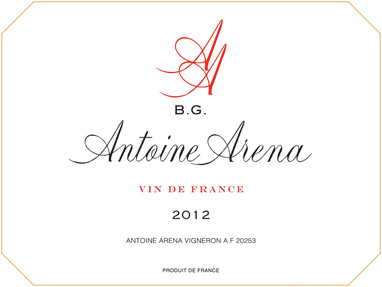 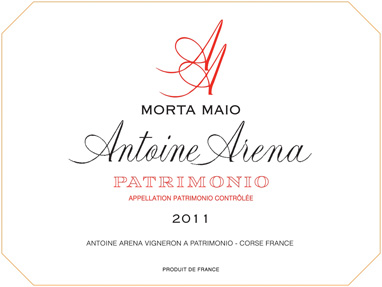 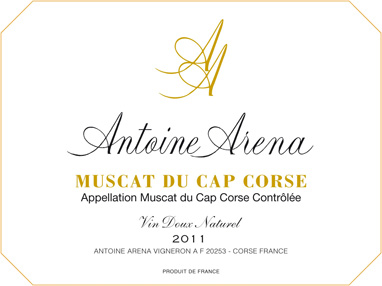 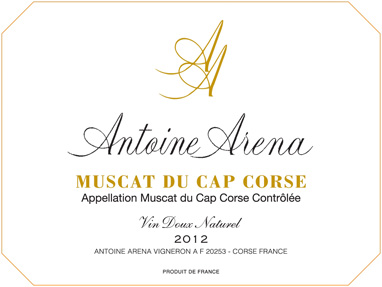