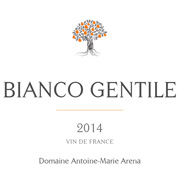 The path to becoming a vigneron was a natural one for Antoine-Marie Arena, son of famed Corsican producer Antoine Arena. Growing up at the family domaine in Patrimonio, Antoine-Marie enjoyed constant exposure to the wine world through his father’s work, gaining additional valuable insight from the countless other vignerons, sommeliers, importers, and other guests to stop by the domaine and enjoy a glass or two on the Arena terrace.

In addition to his experience on his native Ile de Beauté, Antoine-Marie studied viticulture and enology in Hyères and further broadened his competences with internships in both Burgundy and Provence. In the early 2000s, he and his brother Jean-Baptiste joined their father at the domaine full-time.

As of the 2014 vintage, the Arenas have divided their holdings evenly between Antoine, Antoine-Marie, and Jean-Baptiste. The decision came naturally: in a typically Corsican spirit of self-reliance, Antoine’s sons will carry on the family tradition through their very own domaines, enjoying the autonomy to work the way they desire while maintaining close family bonds and a free exchange of ideas. “Although working as a family is great, the spirit of liberty and independence guided us in this decision,” explains Antoine-Marie. Choosing who would work which of the family’s numerous lieux-dits proved an easier task than one might expect. In fact, the three easily agreed as to how they should divvy up the Arena holdings, each claiming his favorite parcels to look after separately. “The method of working is essentially the same, but this way each of us takes more and more liberty with our respective parcels and with the vinifications,” he elaborates.

While Antoine-Marie continues to embrace his father’s philosophy—farming organically and applying a light hand in the cellar—managing his own domaine will also allow more freedom to pursue fresh ideas. He has already begun construction of a new cellar, right across the street from the family home, destined for crafting exclusively his own wines. The extra working space will allow him to experiment with new methods of vinification, as Antoine-Marie shares his father’s innovative vision and creativity. The highly unusual, yet strikingly delicious Vin de France Hauts de Carco, a skin-macerated infusion of Vermentinu from his steepest, rockiest vineyard, is a promising start from this young, passionate prodigy. There is no doubt the Arena legacy will live on through Antoine-Marie, symbolizing the best that Corsica’s terroir has to offer.

• All grapes are harvested by hand
• Indigenous yeast fermentation
• Primary and secondary fermentation in stainless steel tanks
• Vin de France Muscatellu “Morta Maìo” is non-muted, Residual Sugar: 35g/L
• Vin de France Hauts de Carco “Maceration” is distinguished from the Patrimonio Hauts de Carco as it is a skin-macerated wine
• Vin de France “Bianchi” and Vin de France “San Giovanni” grapes are sourced from the Morta Maio, Hauts de Carco, and San Giovanni vineyards
• Patrimonio “Carco” Rouge is partially aged in 350 L, old barrels
• Vin de France “San Giovanni” is vinified in concrete tanks, 5 day maceration, aged 6 months in concrete tank
• Morescone Carcagholu Nero: The Arenas are the first to plant these endemic Corsican grape varieties in the Patrimonio region. Historically they are only found in the south of the island
• Antoine-Marie refers to Vermentinu as Malvasia on his labels as this was the original name in Corsica for this grape variety
• Patrimonio Rouge “Mémoria” is partially aged in old 350-L barrels
• Patrimonio Rouge “Mémoria” is sourced from the oldest parcel of the Morta Maio vineyard, which was planted by Antoine’s grandfather 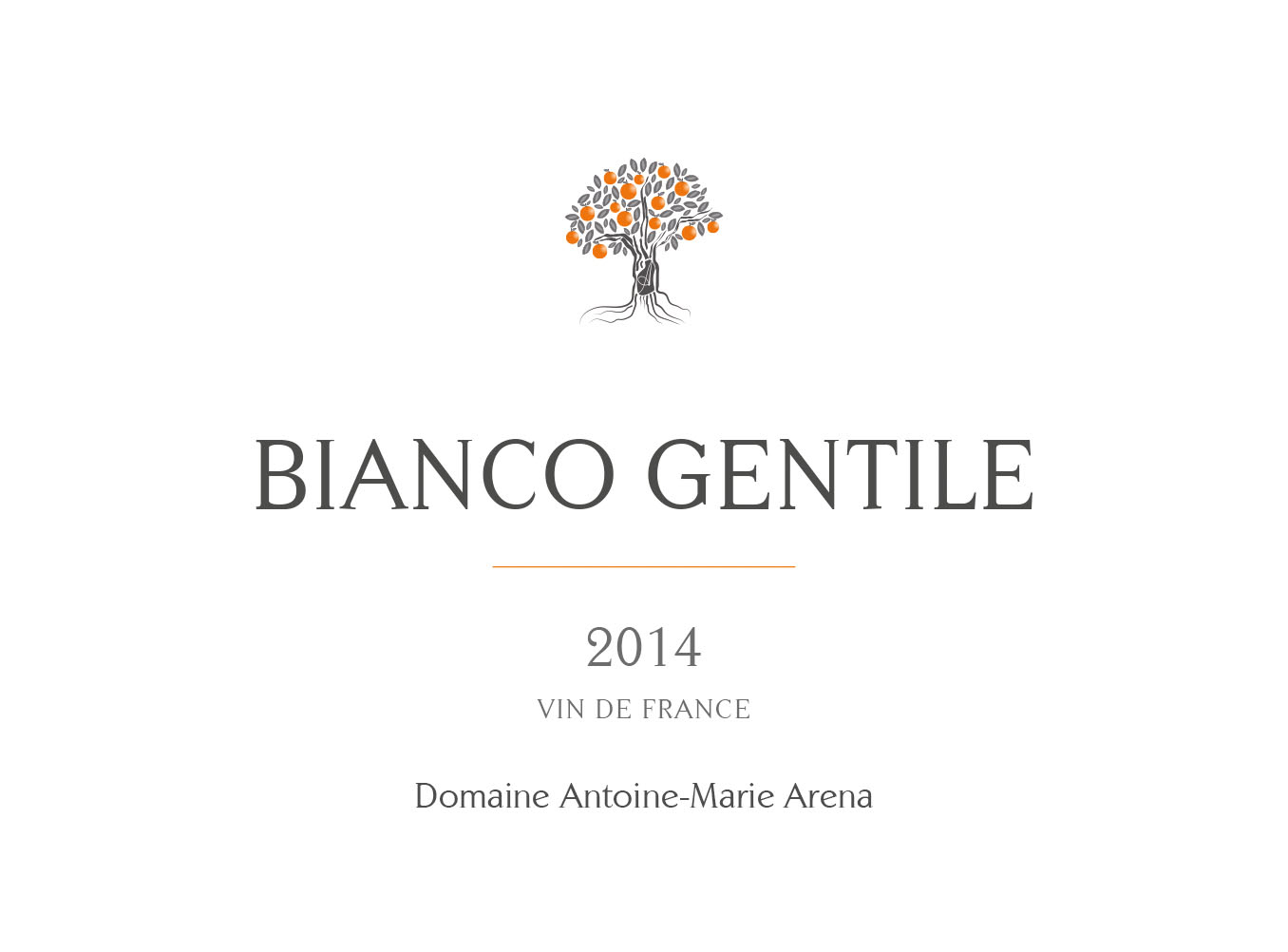 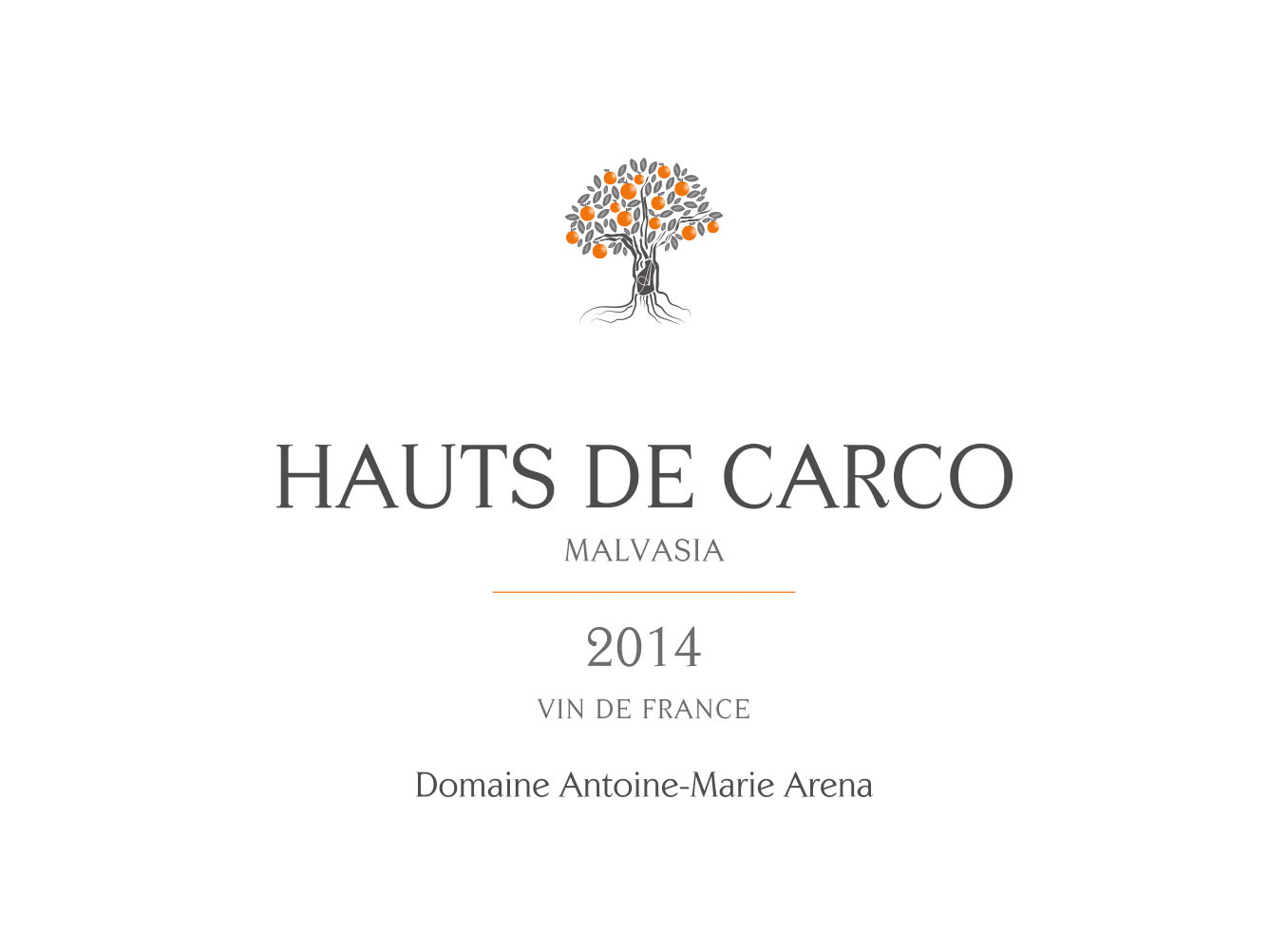 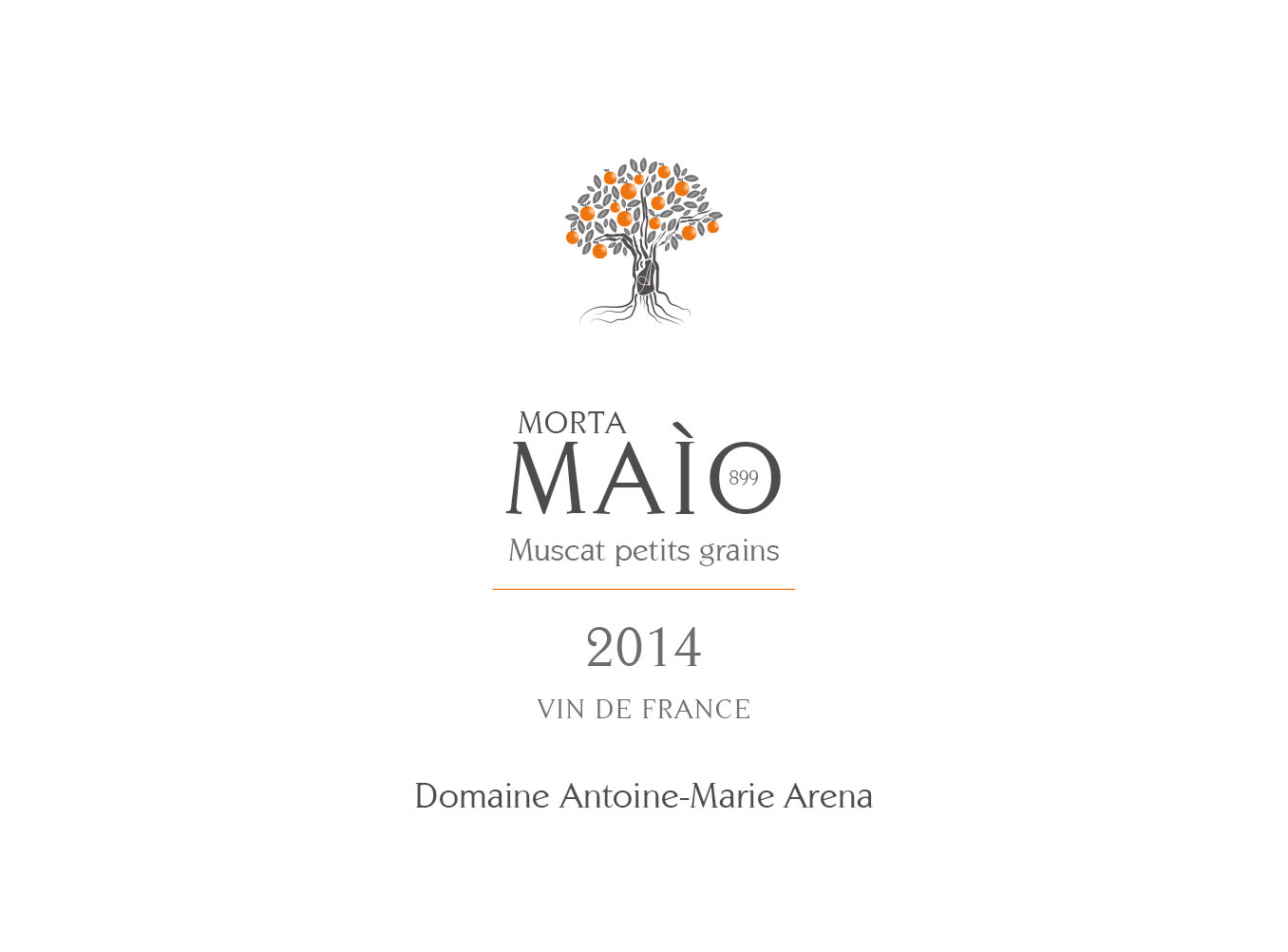