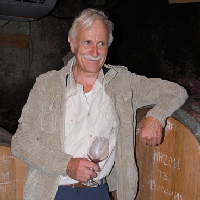 Bernard Faurie is the wise old man of the hill (the hill of Hermitage that is), the last of the Mohicans I’d say. Let’s start with the vines. Bernard is the fifth generation in a storied lineage working the same vines on the hill (yes, the very same, they are over 100 years old). He still manages the family apricot groves as well, and man can he grow a mean Bergeron. But nowhere is Bernard more at home, more himself, and more downright giddy than in his vines on the Hermitage hill. He is still going strong in his mid-sixties, and does everything by hand (or foot at crush time) himself.

Bernard’s parcels are spread among three principal parcels of Hermitage: Bessards, Méal, and Gréffieux. Bessards and Méal are among the most storied portions of the hill, making some of the longest-lived wines. Bernard subscribes to the philosophy that Hermitage is not really Hermitage unless it contains fruit from Bessards, the granite bedrock stronghold on the western edge of the hill. His two principal cuvées are red Hermitages in two different blends: Gréffieux/Bessards and Bessards/Méal. Occasionally, despite his predilection, he’ll bottle a barrel of pure Méal. He also produces a miniscule quantity of Hermitage Blanc, an absolutely mesmerizing example from the lower slopes of Bessards that is wiry, stony, and coiled for many years of unfurling.

Bernard’s wine has renewed a deep sense of understanding for us about what Hermitage really is, and what makes it special. It is Syrah, of course, among the world’s best. It is grown on a granite hillside, like Cornas and much of Saint-Joseph. But there is majesty to it, a nobility that you don’t find anywhere else. It is powerful yet fine. The power is in its intensity and depth, not in concentration or obvious flair. There is no rusticity. The finesse of the tannins, and of course its ability to age consistently and gracefully, are other trademarks. It is nice to be reminded of how great this storied terroir can be in the hands of a master vigneron. 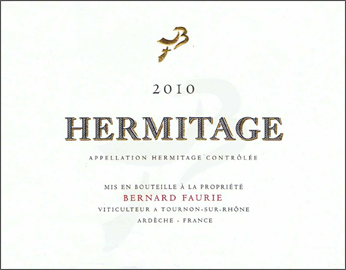 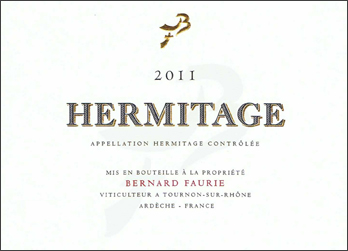