The Fojadelli family proudly displayed the awards bestowed on their Barbera: gold medals at tastings in Dijon and Bordeaux in 1898, silver the same year in Hamburg and the next in Rome. Their stately villa at Valpane overlooked one of the most enviable vineyard sites in the Monferrato, a perfect amphitheater that had been planted with vines since at least the 1700s. One day a young man came to the estate and enthusiastically described his dream to buy Valpane and pursue his passion for winegrowing on this exceptional plot of land. The elderly Fojadelli brusquely refused at first, but a housekeeper saw the young man’s desolation as his hopes were crushed and convinced the owner to give him a chance. Pietro Giuseppe Arditi began working the land in 1900 under a sharecropping agreement, and after his passion and dedication to his work had earned Fojadelli’s confidence, he purchased the estate in 1902. Over the years he planted more vines and raised his family at Valpane. His eldest daughter, Lydia, was a brilliant student with a bright future in mathematics, but her mother needed help around the house so, like many girls of her generation, she was pulled out of school at an early age. But instead of cooking and tending to her elderly grandmother, Lydia followed her father out to the vineyards, where she quickly became fascinated by his craft. Before long, she was working alongside him and showing a keen business sense in dealing with clients. As Pietro grew older she gradually took over the estate, continuing to make the same structured, aromatic wines for which Valpane was already known. Today Lydia’s nephew, named Pietro for his grandfather, runs the estate. He is bursting with pride in his vineyards and the distinguished history of Valpane, but he never takes credit personally for his wonderful wines. “People tell me I’m a great winemaker,” he says, “but the wines of Valpane have been winning awards for well over a century, so it can’t be my doing. I’m just careful not to ruin what the land gives us!”

Although the names Asti and Alba may be more widely recognized today, Pietro explains that the Monferrato provides more faithful expressions of Barbera. This is due in part to the warmer climate and longer hours of sunlight here, which allow the grapes to ripen completely and unfurl the full personality of the variety. The Monferrato is also still relatively untamed, and the forests and fields here benefit the area’s vineyards by providing a natural source of variety. At Valpane these factors combine to provide meaty Barberas that nevertheless offer plenty of lively fruit. Pietro then lets them sit in large oak botti and cement tanks for several years, depending on the cuvée, and releases them only when they are ready.

• Vines are sustainably farmed, the equivalent of lutte raisonnée in France.

• No fining or filtration

• The Barbera and Freisa are vinified separately
• Barbera is vinified in 30 HL wood fermenter
• Barbera aged for one year in same wood casks
• Barbera for 12-18 months in 225L barriques and 500L tonneaux
• Freisa is vinified and aged in stainless steel, then blended in before bottling
• Wine ages 4-6 years in bottle before release


MISCELLANEA
Rosso Pietro:
This wine is simply called “red Pietro,” mainly because it is Pietro’s red wine but also referring to his red beard. (Today Pietro jokes that the name should be updated to “grey Pietro”!)

Euli:
The name “Euli” comes from the name of a Longobard tribe that once inhabited the area where the Grignolino vineyard is now. The tribe was called “Ueel Waigkika”, which in the contemporary German language was written Euli-iup-pina: euli = owl, pina = high/above, Iupi = Jove, so “the owl that is higher than Jove.”

There are now owls living in the rafters at Valpane, and the name is also a nod to them.

Canone Inverso:
A canon, simply stated, is a musical structure where different voices/instruments play the same melody at overlapping intervals (think “Row, Row, Row Your Boat”); an inverse canon is one in which the first voice sings/plays a line and the subsequent voice sings it backwards.

Most people see Freisa as a young-drinking, lively little wine. The name is therefore a play on words because his wine is the inverse of the canonical (= traditional, accepted) style.

Canone Inverso is also the name of a book by Paolo Maurensig that Pietro likes. 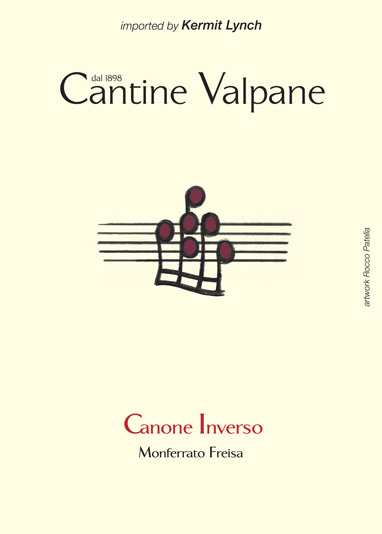 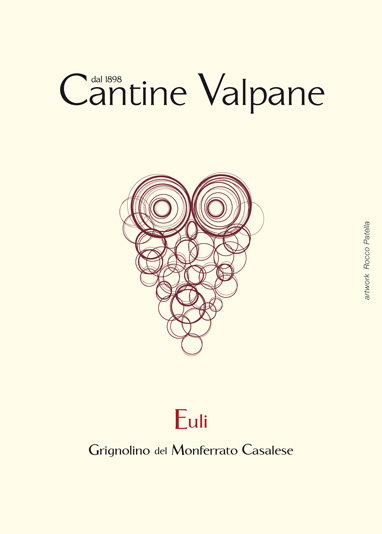 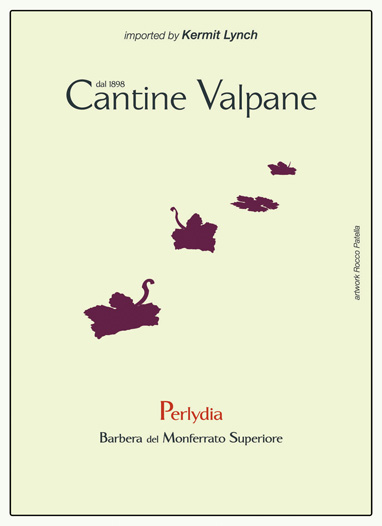 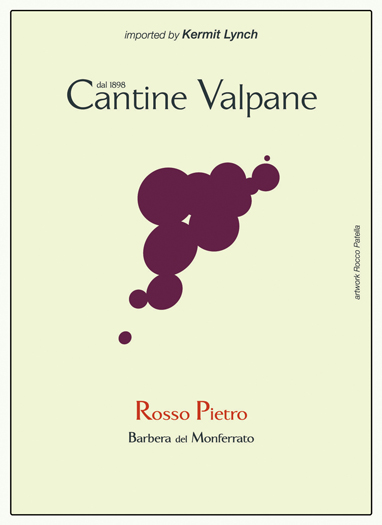 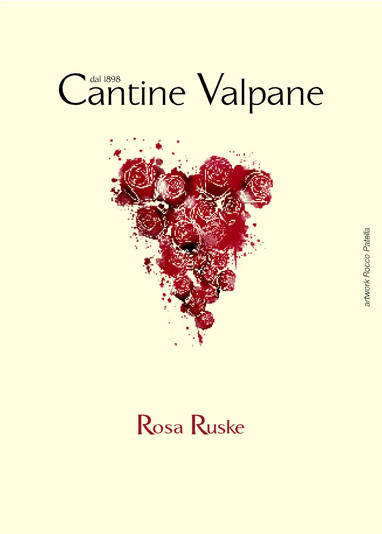