Guillaume Demoulin is the fourth generation of his family to farm the beautiful vineyards of Château de Trinquevedel. His great-grandfather, Eugène, bought the eighteenth-century château in 1936—an opportune decision that coincided with the establishment of Tavel’s A.O.C that same year. However timely, the vineyards were in terrible disrepair, and Eugène had an enormous task ahead. By 1960, the grapes were finally producing wine worthy of the Demoulin’s own bottlings, and the château had at last been restored to its former glory. Louis XIV was among the first to sing the praises of Tavel’s delicious and memorable rosés, which only stands to reason given the appellation’s grand cru reputation today. Tavel is the only A.O.C. entirely made up of rosé, which prohibits any whites or reds from wearing the label of this Southern Rhône cru. No more than sixty percent of the final blend can be made up of the noble Grenache. In other appellations where rosé is made, it is often regarded as an afterthought— most of the grapes are frequently sourced from lesser parcels, as the lighter maceration of the grapes is seen as “wasting” precious juice.  In Tavel, even the best parcels may contribute to the blend, yet another aspect that makes this cru so special.

Guillaume, with the help of his wife, Céline, farms thirty-two hectares of vines that are situated in the hills of the Montagne Noire (Black Mountain). Their stony vineyards resemble those of the famous Châteauneuf, comprised of sand and quartzite galets roulés (rounded stones). The climate and sun exposure produce grapes with tremendous concentration and power. The rosés of Château de Trinquevedel consistently enjoy aromas of ripe, red berries with notes of the ubiquitous spicy, garrigue.

• Cold skin maceration for 12 to 48 hours in cement tank

• Wine is aged in enamel-lined, stainless-steel tanks for 6 to 9 months

• Wine does not go through malolactic fermentation

• Cold skin maceration for 12 to 48 hours in cement tank

• Blend of pressed juice and saignée

• Wine is aged in enamel-lined, stainless-steel tanks for 18 to 20 months 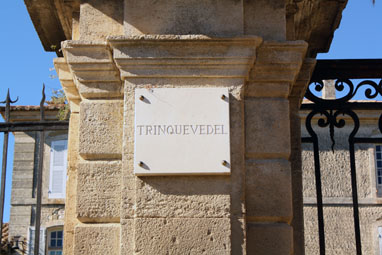 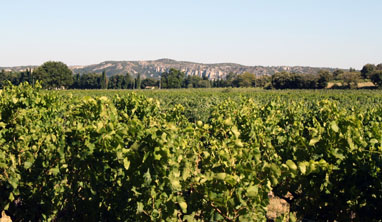 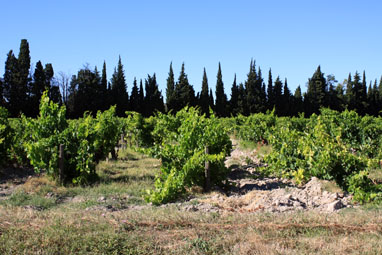 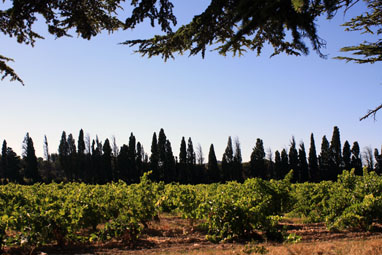 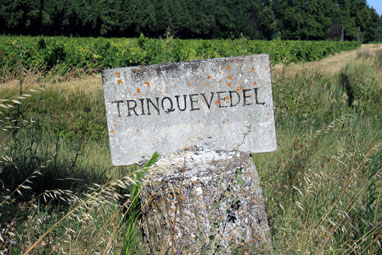 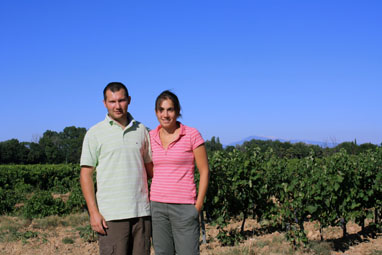 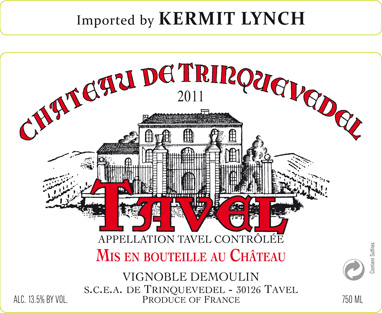 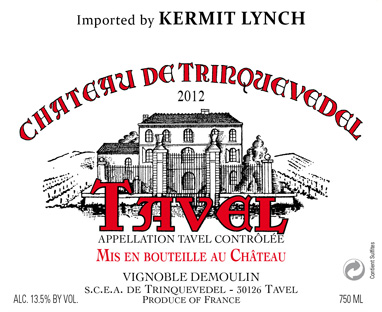