Eric Jeanneteau spent his childhood following his grandparents around their vineyard and cellar, just outside St-Émilion on the Right Bank of the Dordogne River in the Bordelais. School was of little interest to him; he says all he wanted to do was run free among the vines alongside his grandfather. His enchantment with the métier began at the age of six. By the time he turned eight, he was already assisting his grandfather in the vines and in the cellar. It was only natural, then, when he completed three degrees in viticulture—he was born to be a vigneron. In 1995, after managing various châteaux throughout the region, Eric returned home to take his place at the helm of the family domaine.

Tertre de la Mouleyre, or “the mound of the miller,” is a small hill crowned with an old windmill. The vineyards are situated in clay and limestone soils in the commune of St-Étienne de Lisse, one of Saint-Émilion’s five sister villages within the AOC.  Saint-Émilion may not have been included in the Bordeaux classifications of 1855, but today it is nevertheless considered hallowed ground, displaying tremendous variation and incredible soil pedigree, primarily on the limestone plateau and the surrounding slopes. The vineyards of Château Tertre de la Mouleyre are farmed organically and have been certified since 2001. With not even two hectares of vines to farm, Eric can give his vines the tender, loving care that larger property owners cannot. He treats his vines with specialized organic composts and fertilizers and harvests manually. There is no set recipe for his vinifications, as his method is adapted to the needs of each vintage. Kermit calls this St-Émilion “the real deal,” explaining that “this is different from other ‘petit’ châteaux. I don’t mean that it’s huge and jammy. No, it is more classic Bordeaux, old school—lean, fine, and structured… chiseled, very 1981, before Peynaud and Parker.”

• Vines are organically farmed with all natural composts and fertilizers
• Alternate rows are planted with a cover crop
• Grapes are harvested by hand
• Grapes are de-stemmed without crushing, with as little handling as possible
• 35% of wine ages in cuves; 65% ages in new barrels
• Vinification, maceration, and aging change every year to adapt to the demands of the vintage 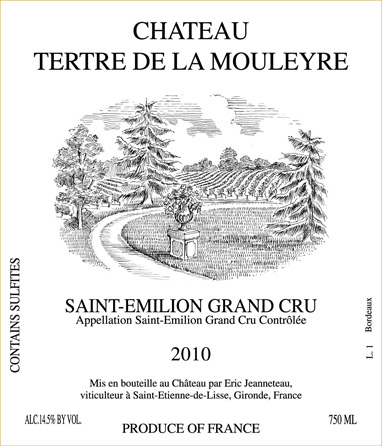 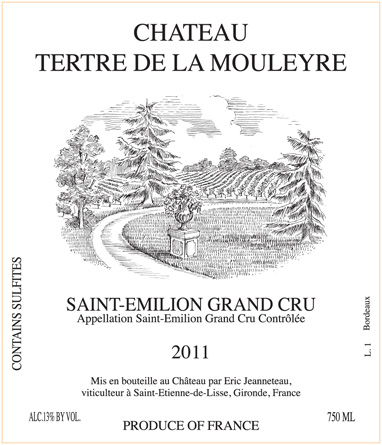