Bénédicte and Grégoire Hubau do not come from winemaking families, nor did they pursue studies in enology or viticulture. Both natives of northern France, Bénédicte was a computer specialist and Grégoire a chemist. Without much ado, they decided one day to leave it all behind and start a new life as vignerons. After visiting an endless line of available properties in various regions of France, they finally came across Château Moulin Pey-Labrie, an estate in Fronsac that met their requirement for a terroir de caractère. Unconcerned by their ignorance in the field of winegrowing but reassured by their experience as avid consumers, they purchased the property and dove head-first into their new adventure, counting on their employees to teach them as they worked. The young couple’s eagerness to learn earned them free advice from all their neighbors, and they drank in every word. It quickly became clear which approaches matched their own easygoing, natural philosophy, and before long they were deftly handling the vineyard and winery work on their own. The problem with many winegrowers, as they see it, is that they decide what a vine should have rather than giving it what it wants. Just as each of us has a unique style and prefers certain clothes or hairstyles, they learned that each vine needs individualized care in order to thrive. In 1990, having mastered their new craft, they purchased a second property, Château Haut-Lariveau. Château Moulin, though not a physical château, bottles wine from both Canon-Fronsac and Fronsac. The fruit for these “easy-drinking” wines is sourced from the lower-slope clay vineyards of either Château Moulin Pey-Labrie or Château Haut-Lariveau.

Though their growing experience has only shown that their instincts were right from the start, the Hubaus have tweaked their methods over the years in order to bring the reality of their work more perfectly in line with their vision. Refusing to slacken their strict quality standards, they frequently design their own equipment, including one machine that works the earth from below. In the cellar they consider themselves observers, letting the character of the land express itself freely and encouraging the greatest possible elegance and finesse in all of their wines.

• Planting density ranges from 6000 to 7000 vines per hectare
• A grassy cover crop is left between the rows of vines
• The vineyards are worked by subsoiling, which aerates the earth and allows microorganisms to develop freely, which in turn helps nourish the vines
• Grapes are hand harvested, de-stemmed, and sorted
• Natural fermentation with indigenous yeasts takes place in temperature-controlled stainless steel or lined concrete tanks, and lasts three weeks
• Wines are pumped over and/or the caps punched down regularly, depending on the needs of each individual cuvée
• Parcels are vinified separately, then blended before élevage
• 12- to 18-month élevage in barriques, 25% new
• Wines are not fined or filtered 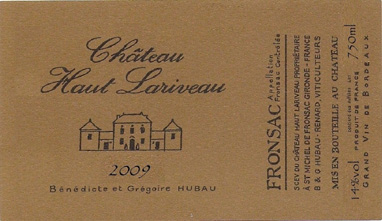 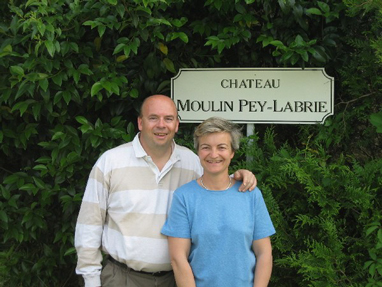