Deep in the southwest of France, amidst dramatic rock formations and cliffs, the Lot River slowly snakes its way along the valley floor, coiling covetously around the charming town of Cahors. The diversity in architecture serves as a proud historical mark left by many previous generations of inhabitants. Once a former Roman town, Cahors was also as a center of commerce during the Middle Ages that served as an important crossroads for pilgrims on the trail to Santiago de Compostella. Among the many specialties that have brought pride to the region, the constant has been its wine. A.O.C. Cahors is known as the “black wine” of the Southwest—the deeply inky, earthy wines that seem to complement the regional fare of duck (and duck fat!) so wonderfully. Cahors is also the birthplace of Cot, the grape more commonly known as Malbec. The Bernède family is an intricate part of this tradition, watching over one of the region’s oldest domaines that was founded before the French Revolution.

Today, Cahors’ jack-of-all-trades and Renaissance man, Philippe Bernède, continues the family tradition with both heart and ingenuity. Philippe’s vines rest upon the gentle slopes that rise up from the Lot River. He farms sixty hectares of land along the alluvial terraces of the Lot Valley that are rich in siliceous, clay, and limestone soils. The microclimate of the vineyards is ideal, with southwest sun exposure and topographic protection against the frost. Over the years, Philippe has tinkered with the house blend to achieve a greater equilibrium. Today, the blend consists of 80% Malbec and 20% Merlot, creating an intense wine that juggles elegant rusticity with everyday drinkability. Coutale has quite a record of age-worthiness as well and Philippe is not afraid to pull out older vintages of his wines alongside much more expensive Bordeaux. They stand up pretty well! Nothing beats a bécasse or cassoulet with an old Coutale, but a simple steak fits the bill just fine. Philippe’s genius is not only evidenced by his wines—he is also the proud inventor of a successful line of double-hinged corkscrews that stands to change your future bottle-opening experiences!

• Grapes are sorted and de-stemmed after the harvest

• Each vineyard parcel is vinified separately

• Wine is fermented in stainless steel with daily punch-downs

• Fermentation lasts anywhere from 15 to 18 days


• Rosé made from saignée

• Ages 1 month on fine lees after fermentation, and 4 months in tank before bottling

For at least two decades, the Clos la Coutale’s wine has been unmistakable in flavor personality and offered terrific value.

In the lunchroom of our Berkeley retail shop, two shelves line the wall next to our kitchen table. On these shelves stand the best, most memorable wines ever tasted on these premises. Names like Jayer, Coche-Dury, Tempier, and Domaine de la Romanée-Conti jump out, and vintages date back to the ‘50s and ‘60s. Upon closer inspection of our “Wall of Fame,”certain “unexpected” bottles appear: a 1985 Côtes du Rhône Cuvée Sélectionée par Kermit Lynch, a 1961 Savennières from Château d’Epiré, and tasted just a few years ago, a 1959 Cahors from Clos la Coutale. The presence of Clos la Coutale amongst the titans of Burgundy is a testament to the phenomenal quality this domaine has offered us for now more than three decades. 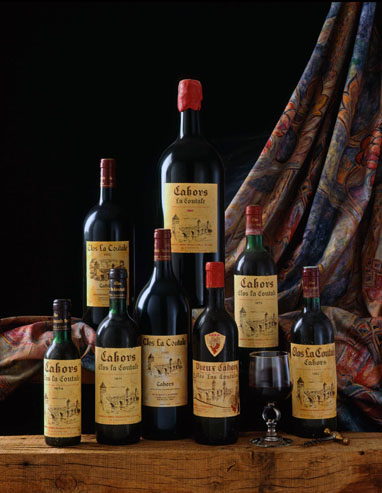 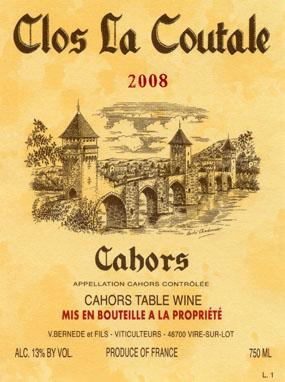 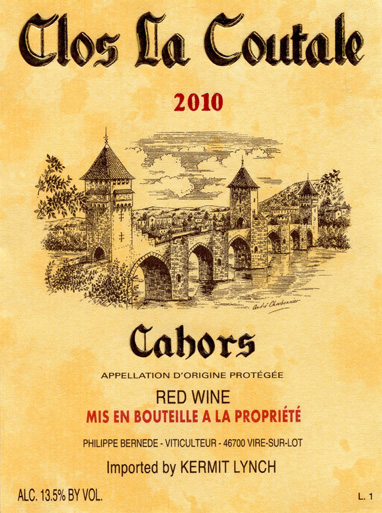 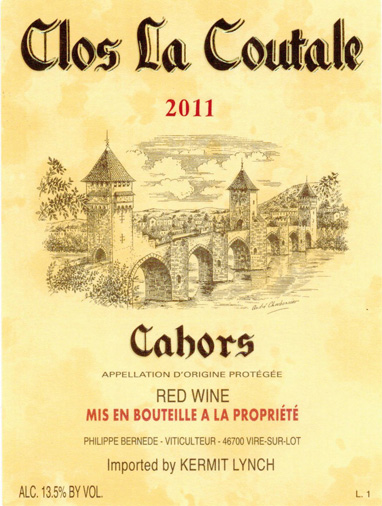 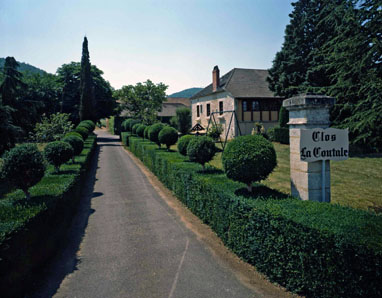