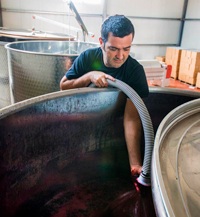 In the north of Sardegna, Carlo Deperu and his wife Tatiana Holler are crafting some of the most serious whites of the Mediterranean basin. The couple met in Milan, where Carlo earned his degree in viticulture and enology while Tatiana had come to study advertising from her native Brazil. In 2005, they settled back to Carlo’s hometown of Perfugas, where his family had long made some wine for their own consumption. Carlo and Tatiana replanted the family vineyards and added new parcels, ultimately bringing the surface under vine to six hectares.

At the intersection of the hilly Anglona region and the more mountainous Gallura (home to Sardegna’s only DOCG, Vermentino di Gallura), soils alternate between limestone and granite with varying proportions of clay, chalk, and fossil-rich stones. Situated less than ten miles away, the sea brings constant fresh breezes, while nearby Lake Coghinas also has a similar moderating effect. The cleansing maestrale wind blows frequently, playing a crucial role in facilitating organic viticulture. In fact, Carlo and Tatiana eschew herbicides and synthetic fertilizers in the vineyard, opting instead for natural solutions like planting cover crops to maintain balance in the soils.

Vermentino thrives here, giving aromatic, mineral-driven wines that rank among the Mediterranean’s most complex and food-friendly whites. “Fria” is a mouth-watering, almost salty, delightfully thirst-quenching expression of the grape, while “Prama Dorada” pays tribute to the Sardinian peasant wines of the past: a blend of Vermentino co-planted with Nasco, Malvasia, Moscato, Arvesionadu, and other heirloom varieties, this deep, fleshy white is richly saturated with local wildflower and herbal nuances. Both wines see a cold soak (up to seven days for Prama Dorada) to extract texture and aroma, but not color or tannins. Fermentations are natural and both wines complete their malolactic fermentation in tank before an unfined, unfiltered bottling. Carlo and Tatiana also produce a perfumed, chewy red from Cannonau and Muristellu. These wines are loaded with local character and brilliantly complement Mediterranean cuisine.

• Harvested by hand, sorted in the vineyard
• Fermentation with indigenous yeasts
• Wines are neither fined nor filtered

Isola dei Nuraghi Rosso “Oberaìa”:
• Fermentation and maceration for 20 days in stainless steel tank
• Both grape varieties are fermented together
• Daily pump-overs and punch-downs
• Wine aged in 5-year-old, neutral barrels for 1 year, then in bottle for 1-2 years
• Oberaìa Explained: “On April 23rd in Perfugas we celebrate one of the Patron Saints, St. George the Warrior. This red wine is an homage to our roots and our culture, to the people of Oberaìa de Santu Jorzi Association, who every year work hard to organize the celebration. Oberaìa is the wine of our celebration.” 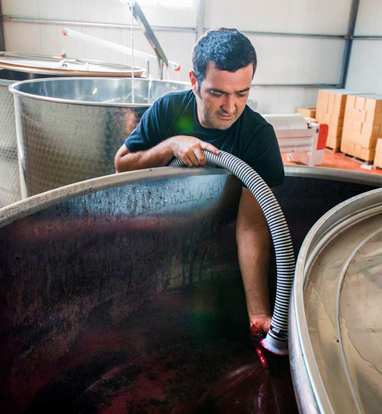 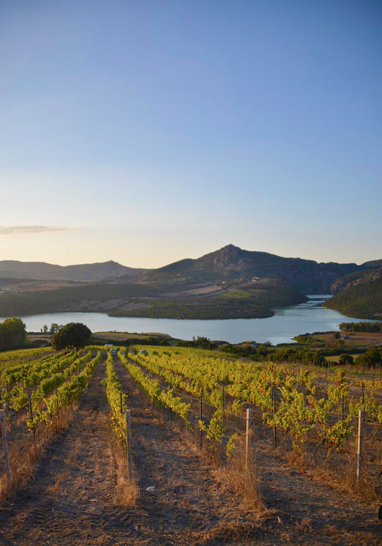 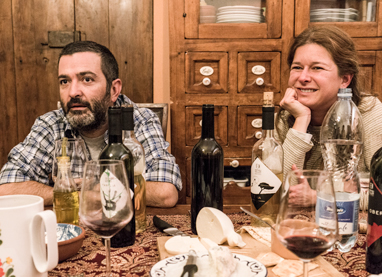 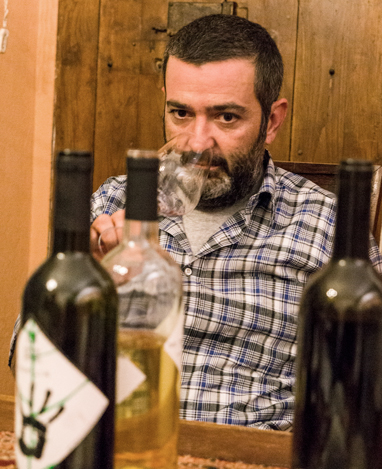 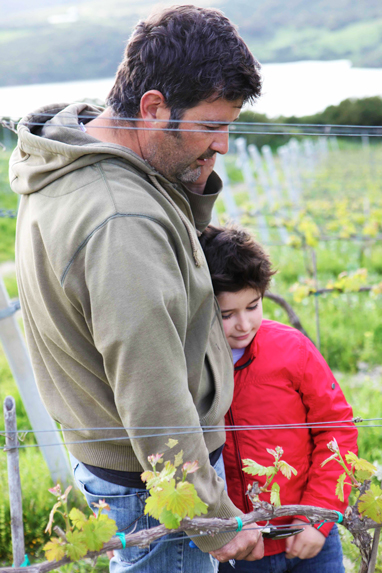 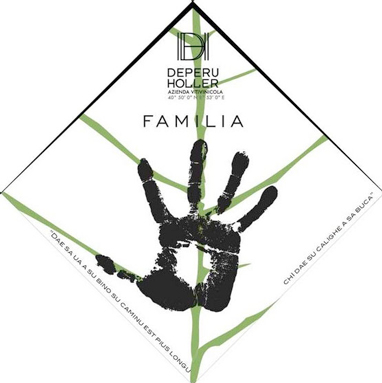 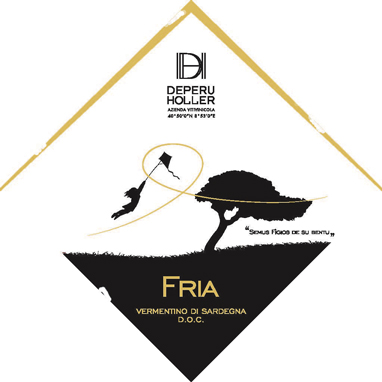 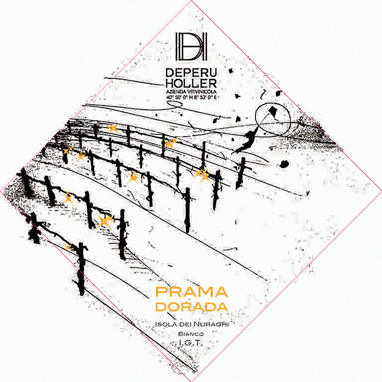