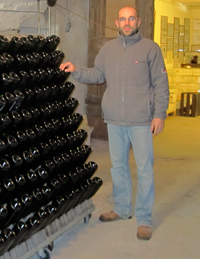 The countryside known as the Diois is located in the Drôme Valley around Die (pronounced “Dee”), east of the Rhône in between Valence and Montélimar. It is also the home of the appellation Clairette de Die, derived from its former name, Dea Augusta, during the Roman Empire. The great historian Pliny the Elder was the first to record the greatness of the Clairette and Muscat here, celebrating a pétillance and freshness widely believed to predate those of Champagne. Among the most well-known of Clairette de Die’s producers today is the tiny Domaine Achard-Vincent.  Jean-Pierre Achard, and his son, Thomas, descend from five generations of growers. The domaine has farmed organically since Thomas’s grandparents were directing it, although it is now officially certified as both organic (since 1982) and biodynamic (since 2007). Though French certification agencies have stricter criteria than those of the United States, incompatible legislation between the two countries, believe it or not, has forced all mentions of their methodology off labels imported into the U.S.

Though the name Clairette de Die suggests the emphasis of the Clairette grape which goes into the blends, it is actually the Muscat à petits grains for which the appellation is best known. The Clairette de Die “Tradition” uses the méthode dioise, an ancestral method that allows a secondary fermentation in the bottle without dosage, because the wine is bottled with residual sugar remaining, typically at 6% alcohol. The bottles are then decanted off of their lees and rebottled under pressure following the secondary fermentation. The Clairette de Die “Brut” is made using the méthode champenoise, or méthode traditionnelle. The “Tradition” is slightly sweet and benefits from low alcohol levels around 7%. The “Brut” is comprised of 100% Clairette and is fermented dry at only 11% alcohol. The delicate liveliness of the wines from Domaine Achard-Vincent makes them refreshing, delicious, and perfect as an aperitif, dessert, or brunch wine. The Brut has become a staff favorite, and Kermit selected it to begin a big Thanksgiving feast this year.

•  Domaine has been farming organically since 1979 and was certified in 1982; now farming biodynamically

•  Natural composts and manures are used as natural fertilizers

•  All grapes are harvested by hand

• Wines are rotated and disgorged by hand

Clairette de Die Brut is fermented using the méthode champenoise or the méthode traditionnelle (a primary fermentation, followed by a secondary in bottle, disgorging of the lees, then the addition of a dosage of 9 g/L before final bottling)

Clairette de Die “Tradition” uses the méthode dioise, an ancestral method that allows a secondary fermentation in the bottle without dosage, because the wine is bottled with 60 g/L of residual sugar remaining, typically at 6% alcohol. The bottles are then decanted off of their lees and rebottled under pressure following the secondary fermentation 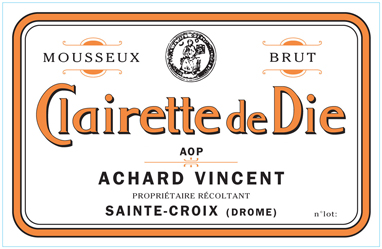 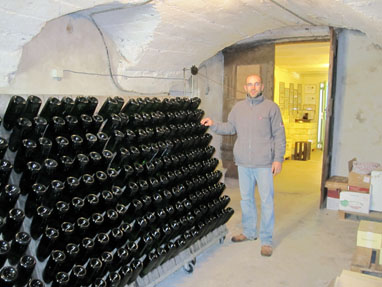 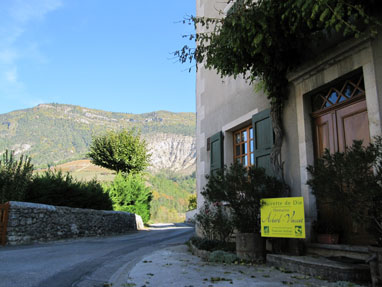