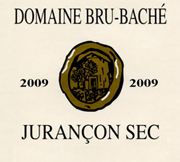 In a tiny stone cellar in the mountain town of Monein, Claude Loustalot continues the tradition first started by his charming uncle, founder Georges Bru-Baché. Although the Bru-Baché-Loustalot clan has been making wine in the Pyrénées since the 1960s, it was not until 1973 that they first began to bottle under their own label.  Like many smaller wine regions that were decimated by phylloxera from the late nineteenth century to the early twentieth, Jurançon was one of the first to receive A.O.C. status, but has been very slow to recover its production. Since taking over the family domaine in 1994, Claude Loustalot has been bringing pride back to the Jurançon appellation and has taken steps to restore these specialized wines to their former glory.

Claude farms ten hectares of terraced vineyards along steep slopes surrounded by breathtaking views of the snow-capped mountains that crown the Basque country. The majority of his holdings are planted to the indigenous varietals, Gros Manseng and Petit Manseng, the former producing a dry, crisp white genetically linked to the Albariño of Spain, and the latter producing an exquisite sweet wine. Claude has implemented biodynamic viticultural practices in the vineyards since 2006 (receiving certification in 2009), which has helped him achieve both purity of expression in his grapes as well as a completely interdependent ecosystem virtually right out of his front door, where sheep graze between vineyard rows. In his garage, he can often be seen blending herbal teas (or tisanes) like Domaine Arretxea, creating his own natural remedies for the vines.

Claude bottles six spectacular cuvées. In his bottlings of Gros Manseng, Claude plays with both tank and wood-aging. Laden with citrus notes and stony minerals (from the schist and limestone soils), these cuvées have terrific complexity for wines so refreshing and easy-to-enjoy. His Petit Manseng bottlings are simply divine. Through the process of passerillage, the grapes achieve an intense raisin-like ripeness by extended hang time on the vines. Their thick skins retain the sugars while preventing rot. They are harvested successively in November and December, concentrated and ready to press. Claude has carried the torch with such success that even the impartial reference manual, The Oxford Companion to Wine, continues to recognize the domaine’s Jurançons as among the best in the appellation.

• Grapes are grown biodynamically (aeration of the soil, herbal infusions, natural composts, cover crops, planting in accordance with the lunar calendar) used to stimulate the natural immune system of the vine

• Wine is fermented in cuve

• Wine ages for 6 months on its lees before bottling

• Wine is fermented dry, then aged in oak casks (2 to 3 years old) and stirred regularly on its lees for 6 months

• Darker color, more of a moelleux in style, but with mouthwatering acidity.  Much less concentrated than all of his petit manseng wines.  This is the classic, textbook example of Jurançon.

• Made using the passerillage method

• “Les Casterasses” is normally fermented and aged in oak barrels

• “La Quintessence” is harvested in November, then fermented and aged in a mix of both new and 1 year-old oak barrels

• “L’Eminence” is normally harvested in December, and is then fermented and aged in new oak barrels for 18 months

The wonderful French author, Colette, called Jurançon’s wine ‘a great seducer.’  It ‘inflamed’ her when she was an adolescent. Now, isn’t that better than one hundred percent score? 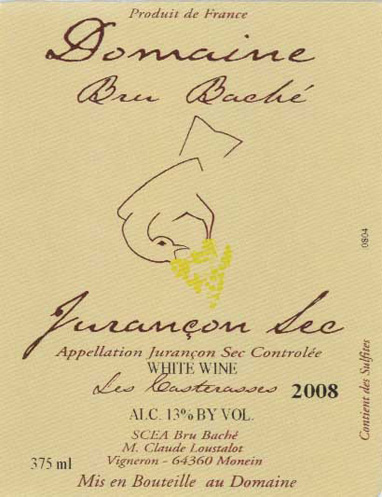 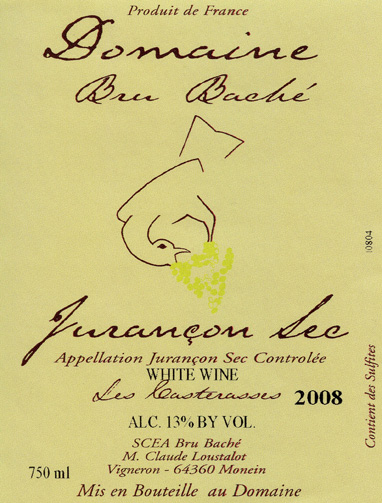 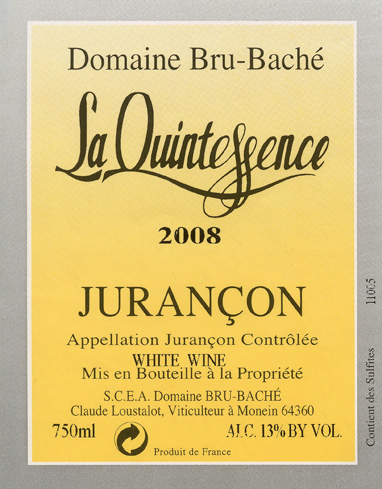 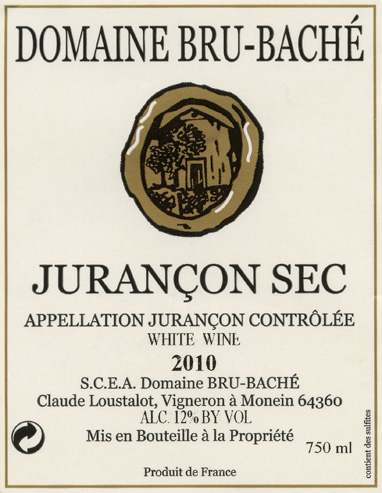 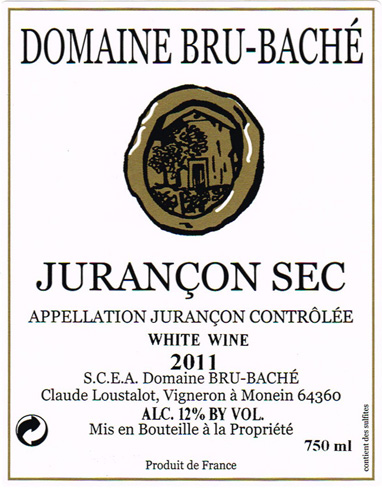