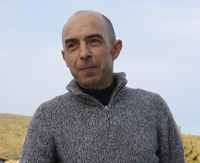 Three generations of Fadats have farmed the large, eighteen-hectare lieu-dit known as Aupilhac, in the village of Montpeyroux, across the river Hérault from Daumas Gassac and Grange des Pères. While the Fadats have farmed this land since the nineteenth century, and the vineyards date even farther back to the time of the Romans, it was not until 1989 that the current member of the Fadat family, Sylvain, finally registered the domaine as a vigneron indépendant.  Aupilhac is a special parcel for many reasons. Nestled below the ruins of the village’s château, these terraced vineyards of limestone scree and marl enjoy perfect southwest sun exposure, giving dense, chewy wines loaded with Mediterranean soul. Sylvain is not one to shy away from hard work. In an ancient volcanic amphitheatre littered with marine fossils and big chunks of limestone, he has done what few vignerons dare to do nowadays: he spent years clearing the land of boulders and shrubbery before finally planting a vineyard. The white and red produced in the stunning Cocalières site benefit from high elevation—the parcel lies well above the village at 350 meters above sea level—and cooler, northern exposure, yielding wines of incredible purity, finesse, and electrifying minerality. This was not only an enormous financial investment, but also back-breaking labor. The same work was done many centuries ago by the founders of France’s great terroirs such as Savennières and Cornas, planting the best and most promising parcels irrespective of time and money.

Sylvain has also elected to have his fruit certified as organic in Europe, a mandatory three-year conversion process. For him, this is a choice both of conscience and pragmatism. He works the soil vigorously by plowing regularly. This forces the roots to dig deeper and deeper in the soil in search of cooler, humid subsoil, which protects the vines from drought and sun. Ultimately, his rationale centers on helping achieve a natural balance. In his words, “We believe that work in the vineyards has far more influence on a wine's quality than what we do in the cellar.” The decision to achieve biodynamic certification, completed in 2014, illustrated another important step towards creating harmony in the vineyard ecosystem.

What happens in the cellars is equally compelling. Domaine d’Aupilhac’s wines find a terrific balance of ripe fruit and silky tannins, power and grace. When aged, these wines achieve a complexity rarely found in wines sold for many times the price, while their wildness and intensity makes them equally appealing young.

• Grapes are harvested by hand, de-stemmed, and only indigenous yeasts are used

• All parcels are vinifed and aged separately

• Single vineyard “Les Cocalières” is situated at an altitude of 350 meters, with northwest sun exposure

• The land is on the site of an ancient lake formed after the eruption of a volcano, resulting in a geological phenomenon consisting of limestone and basalt

• Beginning with the 2020 vintage, wine will be a Vin de France called “Le Rosé”

• Wine ages in barrel for 20 months

• Labeled as IGP Mont Baudile in some vintages

• Single vineyard “Les Cocalières” is situated at an altitude of 350 meters, with northwest sun exposure, allowing for a long, slow ripening of the grapes

• The land is on the site of an ancient lake formed after the eruption of a volcano, resulting in a geological phenomenon consisting of limestone and basalt

• Grapes are picked three weeks later than neighbors in the appellation

• Ages in cuves and barrels for 15 months

• “La Boda” comes from the Spanish word for marriage; this blend is a union of terroirs merging the altitude of the Cocalières vineyard with the terroir of Aupilhac 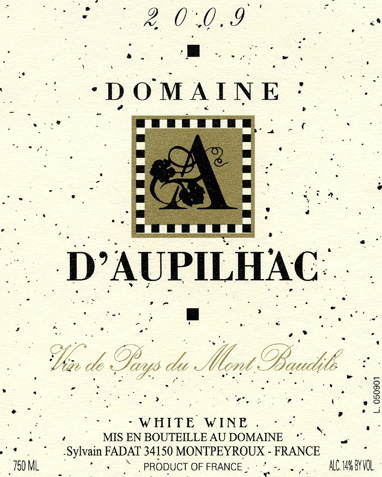 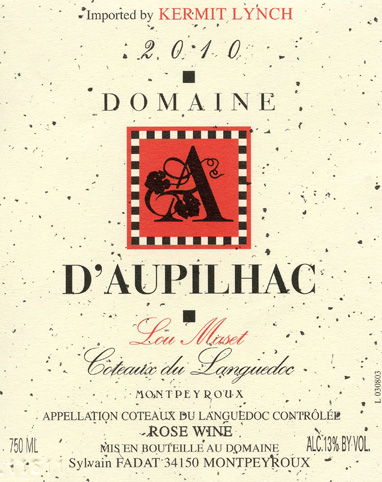 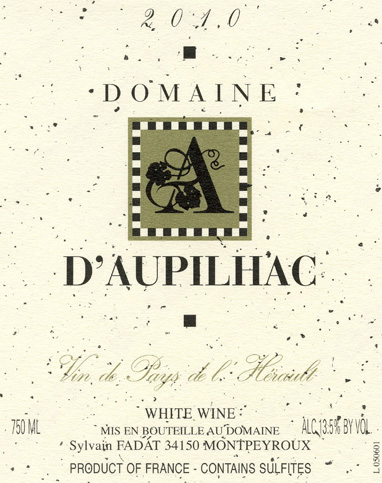 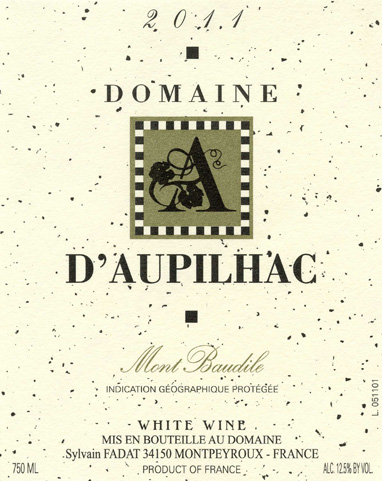 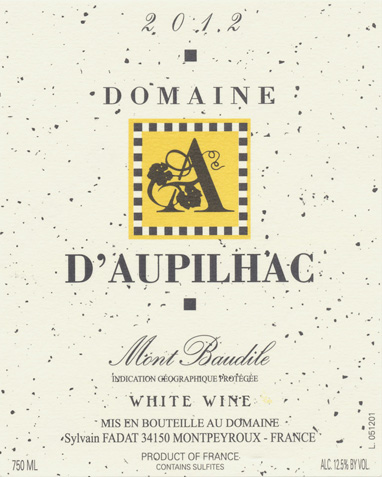 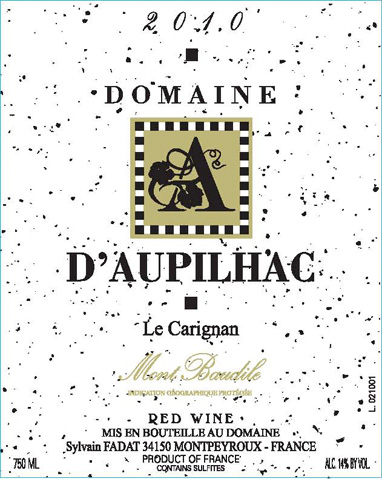 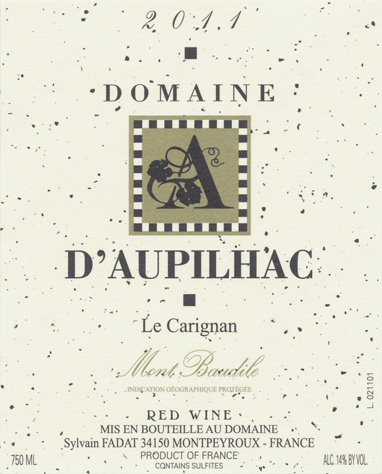 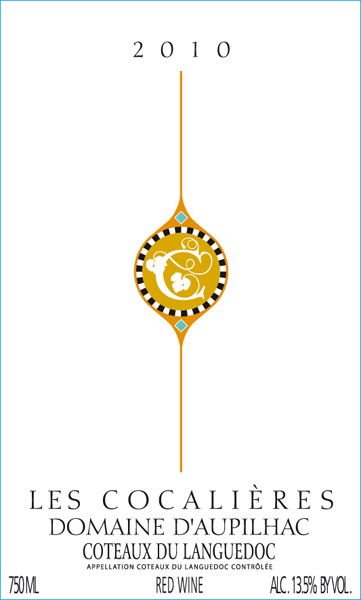 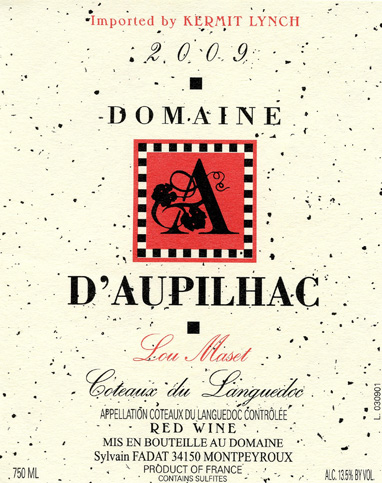 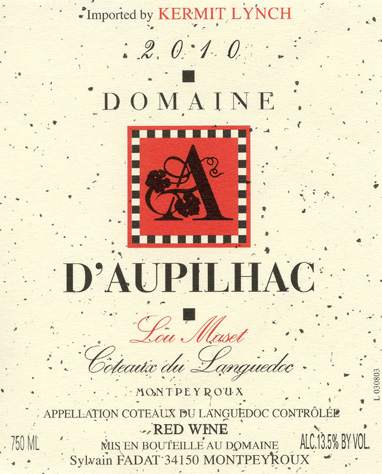 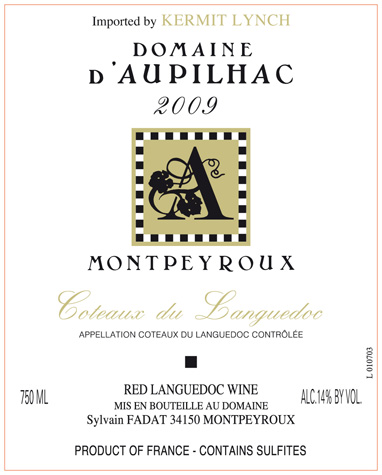 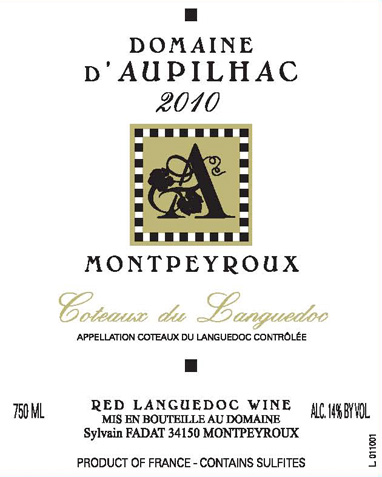 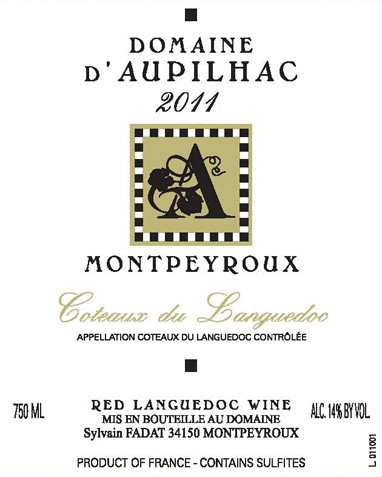 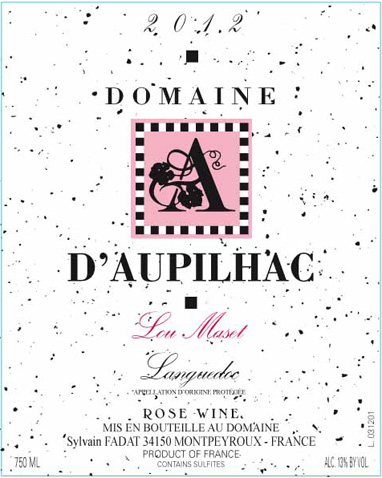 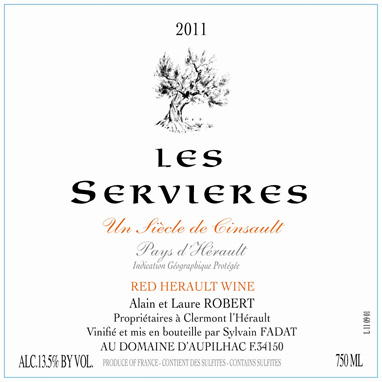 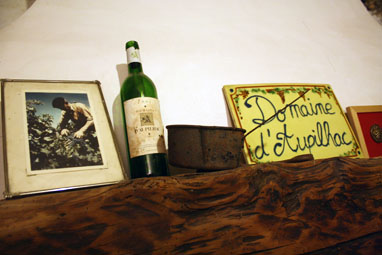 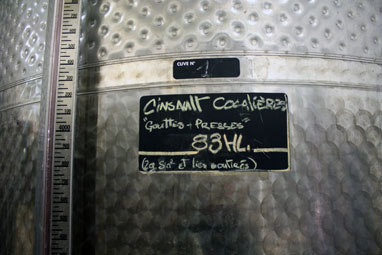 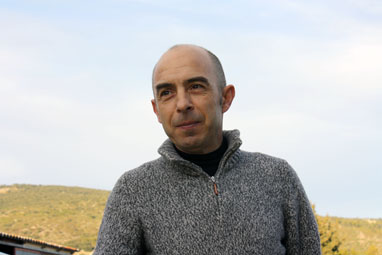