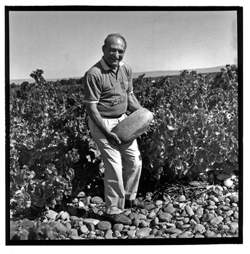 One cannot think of Châteauneuf-du-Pape, the most celebrated cru of the southern Rhône, without thinking of Domaine du Vieux Télégraphe. The Brunier family is legendary in its own right, having been rooted to the enigmatic plateau known as La Crau for over one hundred years. The wines of Vieux Télégraphe evoke the concept of terroir in its purest form: they reflect their dramatic climate, the rough terrain that defines the soil, their full sun exposure at a higher altitude, the typicity of the varietals with an emphasis on Grenache, and of course, the influence of their caretakers, the Brunier family. For many, La Crau is Châteauneuf-du-Pape’s grandest cru.

The Bruniers’ story begins in 1898 with Hippolyte Brunier. A modest farmer who lived off the land, Hippolyte kept less than a hectare of vines to make his own wines. His small vineyard was at one of the highest points in between Châteauneuf-du-Pape and Bédarrides, a stony plateau called La Crau. The elevation of this terrain had prompted the construction of a communication tower in the late 18th century to transmit telegraph messages between Marseille and Paris. Otherwise, the allure of this barren landscape is not immediately discernable—there is nothing but galets roulés, or rounded stones, as far as the eye can see. Up so high, the vineyards are exposed to all kinds of elements—rain, hail, scorching sunshine, and especially the unruly Mistral. This was unwelcome terrain where only the toughest vigneron dare plant, although the notorious Mistral works wonderfully to prevent rot.

However difficult to farm, Hippolyte saw how the wine from his parcel pleased others, and he began bottling more, gradually increasing his vineyard holdings to sixteen hectares. His sons helped work the farm, although most of the grapes were being sold off as premium fruit to négociants. The Bruniers weathered many storms—not the least of which was the ravaging of their vineyards by phylloxera. Hippolyte’s grandson, Henri, eventually joined the family business, and with him came great changes: replanting the vineyards, the construction of a new winery, bringing temperature control into the winery to protect the wines during fermentation, and most importantly, launching the Domaine’s first bottlings under the Vieux Télégraphe label.

After years of closer study, La Crau proved to be a privileged vineyard site. At the extreme southeast of the appellation, a large three-meter trench in the vineyard reveals its stratifications, millions of years in the making. The layers show early alluvial deposits, limestone, silica, and a robust red clay (known as molasse) that has come to characterize this terrain. Sitting on the surface of the soil, the galets hold important functions: they insulate the vines from both the cold and the heat, and they provide ideal drainage for the roots.

Kermit first met Henri and his wife, Maguey, in the mid-seventies. As Henri began to filter the wine around 1980, Kermit asked that his blend remain unfiltered. When the Bruniers had tasted the results of several vintages, they returned to an unfiltered bottling for their entire production. Henri retired in 1988 and left the Domaine in the hands of his two sons, Daniel and Frédéric. The Brunier brothers have significantly expanded the family’s holdings on La Crau to seventy hectares, and have boldly expanded their winemaking ventures into new territory. They created the second label for Vieux Télégraphe known as “Télégramme,” purchased Domaine La Roquète in Châteauneuf, and joined forces with Kermit Lynch to buy the historic Domaine Les Pallières in Gigondas.

The wines of V.T. are classic, displaying strength, rusticity, earthiness, and tremendous longevity. The final assemblage consists solely of old-vine fruit from La Crau, imparting incredible depth, concentration, and a filtered-through-stones minerality that provides excellent freshness. The greatness of the domaine is just as much a tribute to the Bruniers as it is to La Crau—they have the ability to make great wine even in difficult vintages. Their goal is to find a harmony between aromatic complexity, tannic structure, and richness, which they achieve year after year. The maligned 1984 vintage is still a marvelous wine.

The grapes from the younger vines—still over twenty years old—make up V.T.’s second label, “Télégramme.” The concept was born after the ill-fated 2002 vintage, when flooding around harvest led the Bruniers to downgrade “La Crau” due to the torrid conditions. The resulting wine, dubbed “Télégramme,” saw significant success, prompting Daniel and Frédéric to produce the cuvée yearly from fruit they deem not worthy of the “La Crau” label. They have since supplemented it with fruit from vineyards they acquired upon purchasing Domaine La Roquète, always striving for a more accessible contrast to the earthy, deeply structured style of Vieux Télégraphe. The elegance and velvety texture make “Télégramme” easy to appreciate in its youth, with rich, generous, red fruit, uncharacteristic freshness, and beautifully integrated tannins. Its finesse and drinkability make it the Châteauneuf-du-Pape for restaurant lists and for wine lovers who do not have a cellar for aging.

The range of the Bruniers’ other projects has served to express the variety of terroirs in the region, representing a diversity that defies any stylistic pigeonholing. For more information on the Bruniers’ projects, please see the following:

• Two rigorous sortings of the grapes following the harvest

• Systematic de-stemming of the grapes

• Wine rests in cement tank for 10 months, and then ages for another 6 months in foudres

• Grapes sourced from La Crau, the lieu-dit that is known for the galet roulés, or rounded stones, that cover the vineyard as far as the eye can see

• Bottled after one year

• Grapes sourced from La Crau, the lieu-dit that is known for the galet roulés, or rounded stones, that cover the vineyard as far as the eye can see
• Grapes are partially de-stemmed

• Wine rests in cement tank for 10 months, and then ages for another 12 months in foudres

• Wine is bottled unfiltered, after 22 months of aging 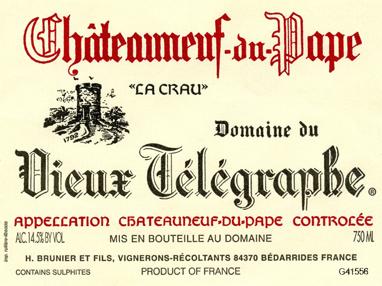 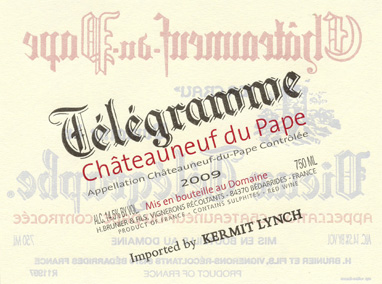 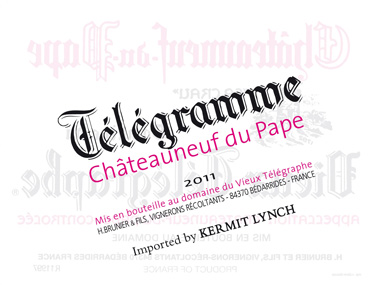 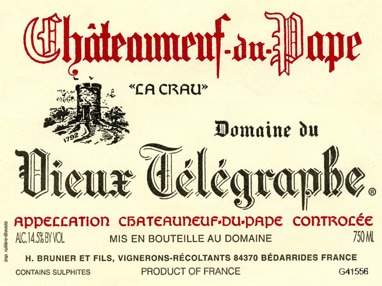 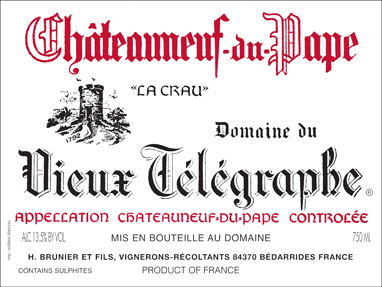 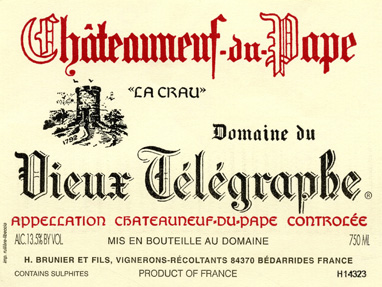 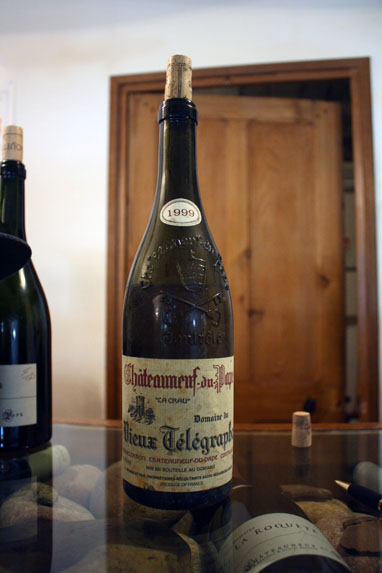 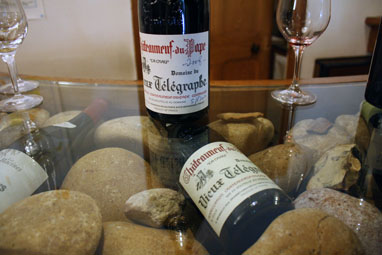 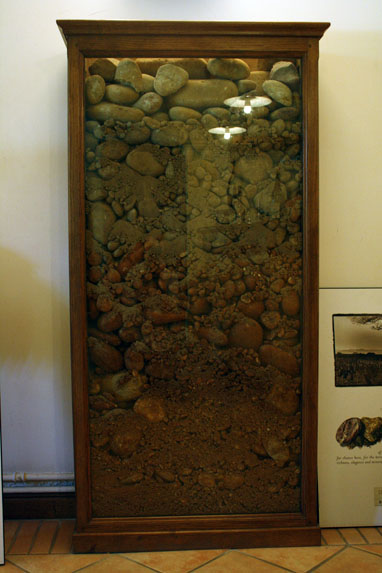