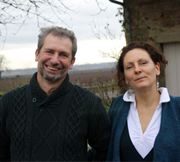 Still waters run deep with Franck Follin-Arbelet. He may seem quiet and unassuming, but the intensity of his wines speaks louder than words.  Having grown up in Burgundy’s famous Côte d’Or, he was always attracted to viticulture, but his family’s vines were all rented out to métayeurs (share croppers), and they did not make their own wine. Instead, he gravitated towards Geology, a field that gave him an expertise in soil. His wife, Christine, comes from the famous Latour family, and her father, André Masson (once the régisseur at the Hospices de Beaune), had his own vines. In 1990, when the opportunity came to join André’s domaine in Aloxe-Corton, Franck jumped at the chance, giving up one noble career in terroir to take on another. In 1993, André retired and Franck took over the direction of the domaine.

Franck and Christine are fortunate to produce one village wine, four premier crus, and four grand crus in Aloxe-Corton (their hometown), Pernand-Vergelesses, and Vosne-Romanée. Pedigreed land such as this demands much of its stewards, and these vines are farmed sustainably without synthetic fertilizers or weed killers, working the soils regularly to aerate them and keep them healthy. Their winery and cellars are as picturesque as they are practical—said to be the deepest in their village. In traditional Burgundian homes of this time (1764), the family lives on the second and third floors, above a first floor winery and deep cellars below. This kind of depth makes the cellars colder and more humid than most, two key components in crafting age-worthy wines. Vinifications are in the old-school style, fermenting slowly in open-top wooden vats, using only indigenous yeasts, and the wines are bottled in all of their unadultered glory, unfined and unfiltered. Both pure and intense, they are deep with stony freshness, explosive with bright fruit, and framed with balanced structure.

When asked what inspires him the most, Franck responded, “wine that represents its terroir and a job well done.”  Simply put; not so simply executed—but tasting the wines of Domaine Follin-Arbelet is not only inspirational—it is a revelation.

• All grapes are harvested by hand and sorted

• Parcels are all vinified separately in open-topped, wooden vats

• Fermented and aged in 228L barrels for 18 months, none of which are new oak.

• Grapes are pressed immediately after harvest

• Juice is racked directly into fûts after one night of decanting

• Grapes macerate for several days at 15°-17° Celsius, then must goes through alcoholic fermentation with occasional punch-downs and pump-overs

• Must pressed gently by pneumatic press

• Wines are racked by gravity directly into oak fûts deep into the cellar below the winery. The percentage of new oak varies with the vintage and appellation.

• Wines enjoy a long, slow élevage before being bottled unfined and unfiltered 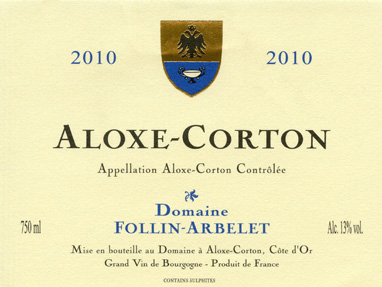 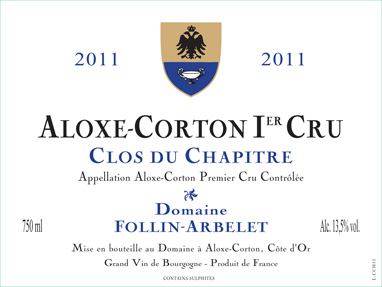 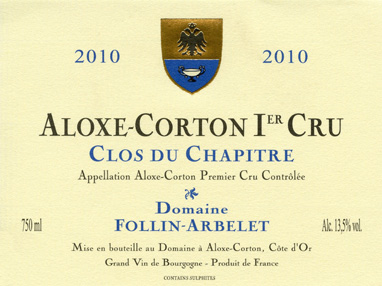 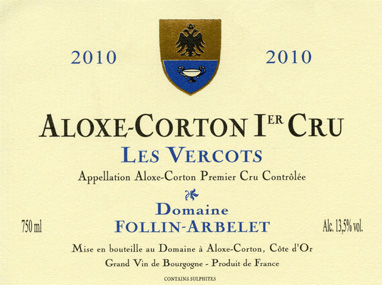 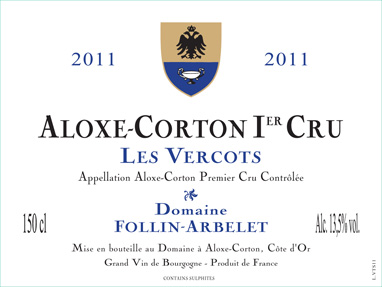 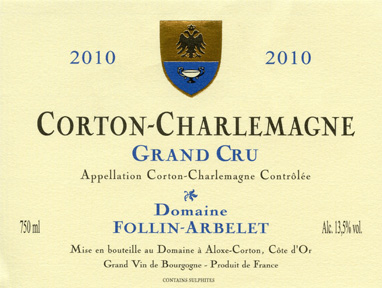 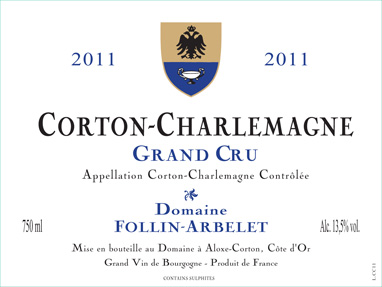 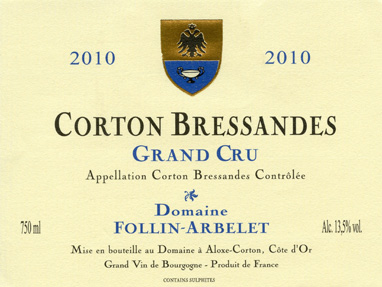 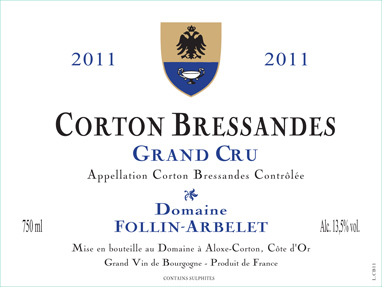 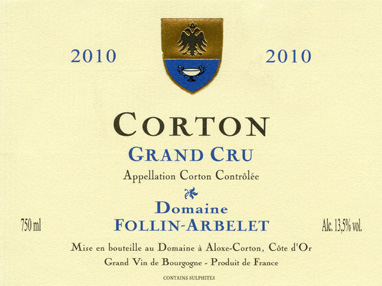 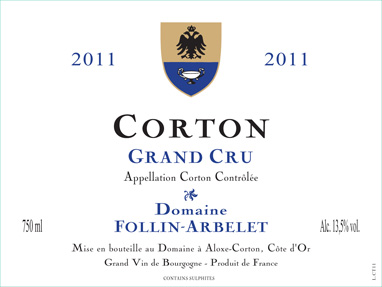 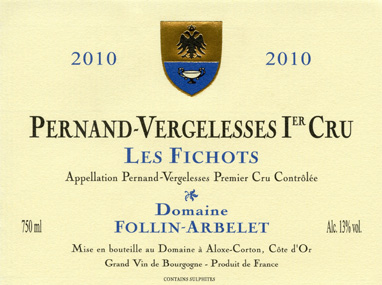 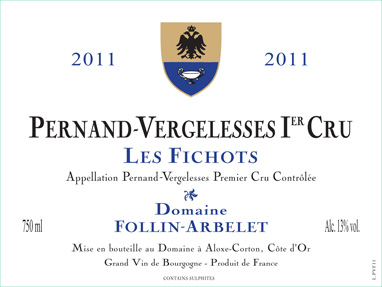 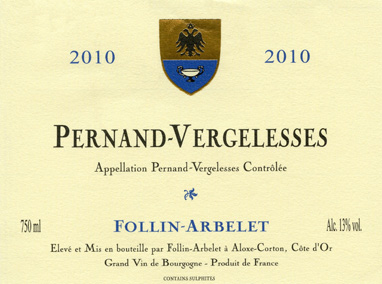 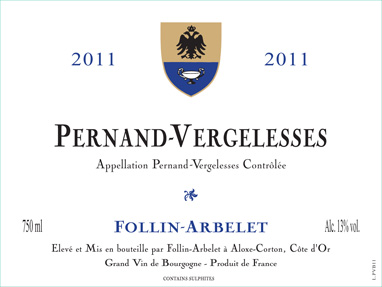 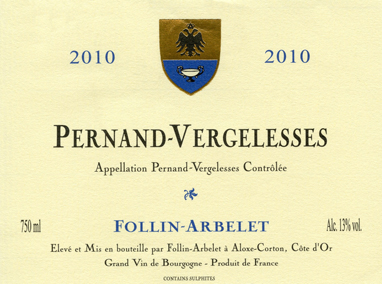 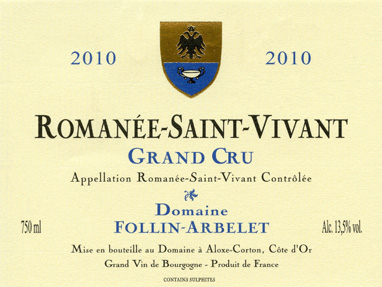 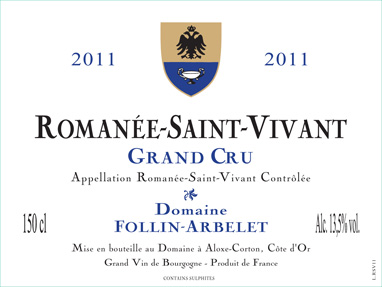 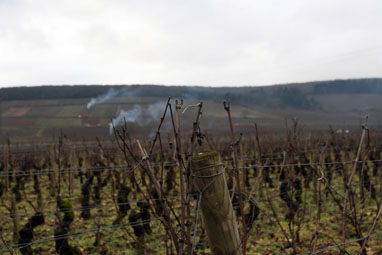 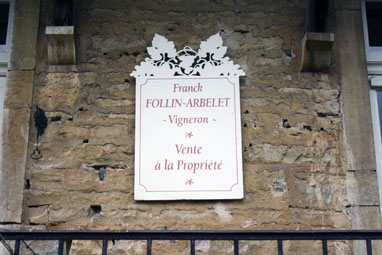 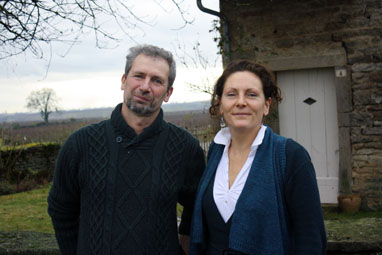