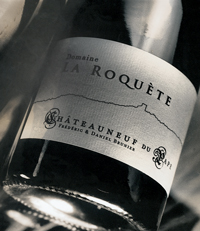 In September 1986, René Laugier wanted to retire but had no successors to take over La Roquette (as it was then known), his domaine in Châteauneuf-du-Pape. When Daniel and Frédéric Brunier bought the domaine, it was a logical choice. The brothers had been proving their worth as rising young stars of the appellation, and the Brunier family, proprietor of Domaine du Vieux Télégraphe, had a long history of working tough soils—they farm the La Crau plateau, which boasts some of the most challenging vineyard terrain and most pedigreed soils of Châteauneuf.

Daniel and Frédéric purchased twenty-nine hectares of vineyards at La Roquète. They have since added three additional hectares of Vin de Pays vines bordering the Rhône and seven more in the Ventoux appellation to the east, leading to the creation of the well-priced “Pigeoulet” and “Mégaphone” labels. The Châteauneuf-du-Pape rouge vineyards they acquired upon purchasing La Roquète now constitute the “Piedlong” and “Télégramme” bottlings (the latter of which primarily consists of young-vine fruit from La Crau). The brothers replanted the small Clos La Roquète to white in 1987; this is currently the only wine bottled under the La Roquète label. Along with “Le Pigeoulet,” “Mégaphone,” and “Piedlong” (see Vignobles Brunier), it is vinified and bottled at La Roquète.

In Châteauneuf, for many the greatest appellation of the southern Rhône, vineyard specificity plays a role almost as critical as it does in Burgundy. Geography here is as important as geology. La Roquète sits on prime real estate at the foot of the Piélong plateau, north of the village of Châteauneuf-du-Pape and adjacent to the western end of the famous Le Rayas vineyard. Galets roulés scatter the vineyard floor, but the primarily sandy soils impart great finesse to the wine. The Bruniers recommend drinking the white young for its freshness and elegance, but it can also evolve for several years if so desired. 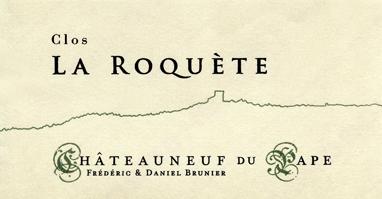