One glimpse of Serge Férigoule’s barbell moustache might be enough for one to be completely enamored with the wines of Le Sang des Cailloux, although they also speak remarkably well for themselves. This domaine’s name means “the blood of the stones,” and Serge Férigoule is most certainly the heart that links the two together.  In 1974, Serge left winemaking school with a longing to return to the vineyards. He went to work for Monsieur Ricard’s family in 1979 to oversee the vineyards. Without anyone in his family to succeed him, Ricard decided to gamble by partnering with Serge in 1982. In 1990, after Monsieur Ricard’s retirement, Serge launched Le Sang des Cailloux. Vacqueyras had just been awarded an A.O.C. that same year, a timely twist of fate that helped Serge’s wines to become as celebrated as they deserve.

All of Serge’s seventeen hectares rest on the great Plateau des Garrigues, where red clay, limestone, and the famous galets roulés, or rounded stones, impart a terrific intensity and depth to the wines. Given the aridity of the soil, the vines here are naturally prone to lower yields—this gives the wines their concentration and power. That Serge has been farming organically for years but has never sought certification says something about his philosophy. He is not looking to impress; only to make the best wines he possibly can. Serge is also sentimental—each year, the Cuvée Traditionnelle of Le Sang des Cailloux is named for one of his daughters, Floureto, Doucinello and Azalaïs. The “Vieilles Vignes” is also called “Lopy,” named for his hometown. His wines have everything we love about the Rhône – wild and chewy with great notes of leather, spicy garrigue, and smoky, black fruit.

Vacqueyras Rouge:
• The name of the Vacqueyras rouge changes each year, and is named after the daughters’ of Serge Férigoule: Floureto, Doucinello, and Azalaïs
• All grapes harvested by hand
• Grapes are de-stemmed
• Fermentation is natural, in cement cuves with daily pumpovers
• Wine is raised for a minimum of 6 months in foudre
• Wine is unfined and unfiltered

Vacqueyras Rouge “Cuvée Lopy”:
• Lopy is the name of the farm where Serge Férigoule was born
• All grapes are harvested by hand
• Grapes are de-stemmed
• Natural fermentation (only using indigenous yeasts) in cement cuves with daily pump-overs
• Parcels are aged separately in 450-L barrels
• Wine is unfined and unfiltered 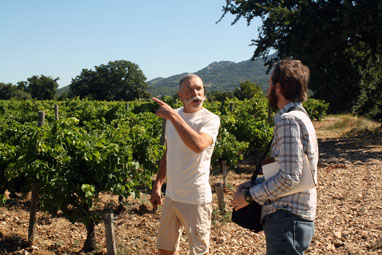 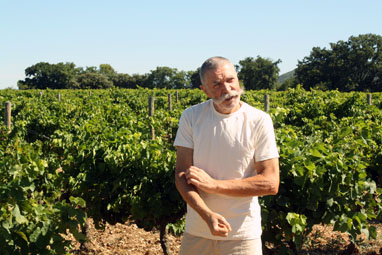 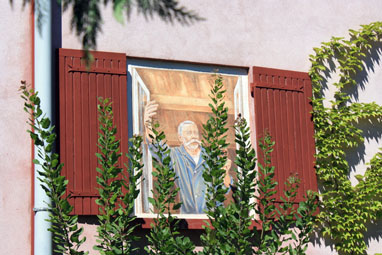 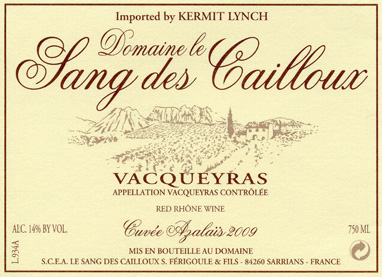 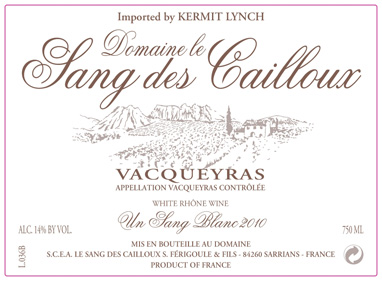 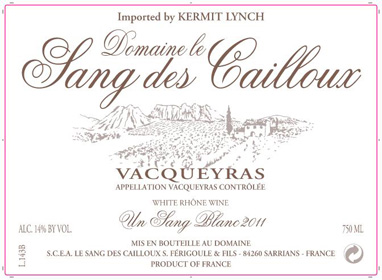 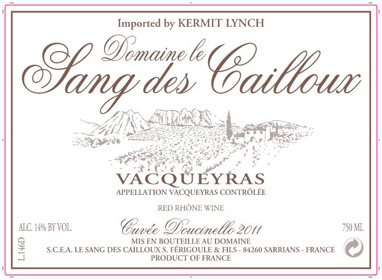 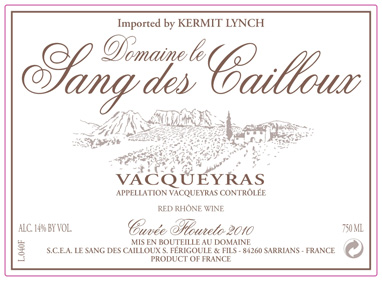 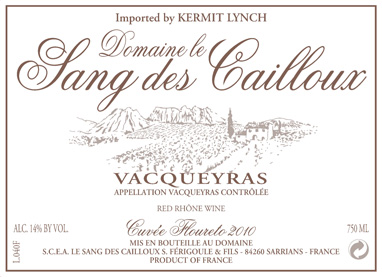 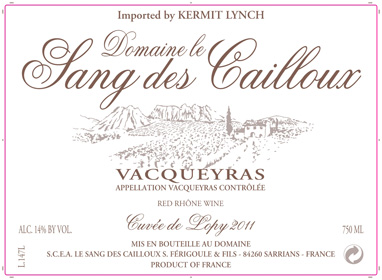