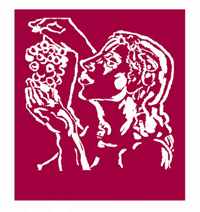 Domaine Montanet-Thoden was founded in 2000 by Catherine Montanet of Domaine de La Cadette in collaboration with associate Tom Thoden. Though Catherine was still very much involved with La Cadette, she created the new domaine from her family's vineyards, which express a character of their own due to slight differences in the underlying terroir. Additional planting in the early 2000s brought the total vineyard area up to eight hectares, which are now managed by Catherine's son, Valentin.

Raised by two vigneron parents, Valentin felt the call of the family trade, but first wanted to gain a broader perspective. After finishing high school, he immediately sought experience outside his home region of Burgundy, so he spent a year working in a Swiss winery. He was later admitted to the prestigious engineering school in Changins, where he took particular interest in the problem of compacted soils and had several articles on the topic published in professional reviews. His studies included internships at wineries in France and Switzerland, as well as a work-study trip in California, but these experiences only strengthened the belief that his parents were doing things just right.

When he received his degree in 2010, Valentin returned to Vézelay and joined his mother at Montanet-Thoden, where he fully took over three years later. Confident in the natural, traditional approach that Catherine had established from the start, he maintained the methods and standards used by both of his parents to fashion fresh, succulent wines. The higher proportion of clay in the Montanet-Thoden vineyards gives wines with a bit more structure than those of La Cadette, but Valentin continues to work closely and consult with both Catherine and his father Jean, so the family style and pedigree shine through.

Vézelay “Le Galerne”:
• Vinification and élevage entirely in stainless steel
• Fermentation can last up to one month

Bourgogne Rouge “Garance”:
• Whole-cluster vinification in temperature-controlled open wood vats
• The cap is punched down during the first phase of vinification; once the fermentation is under way the wine is pumped over
• Fermentation lasts about 2 weeks in tank and then finishes in tonneaux
• Elevage 80% in barrique, 20% in feuillette; no new wood


MISCELLANEA
Le Galerne:
“Galerne” is the name of a wind that sweeps down from the northwest across the vineyards of Vézelay, helping the grapes stay dry, cool, and healthy.

Garance:
This cuvée appeared at the same time that Catherine Montanet’s niece Garance was born, so the wine was named after the little girl. But it is not a mere coincidence that the name chosen for this red wine is also a plant, known as “dyer’s madder” in English, whose roots were traditionally used to produce a red clothing dye. 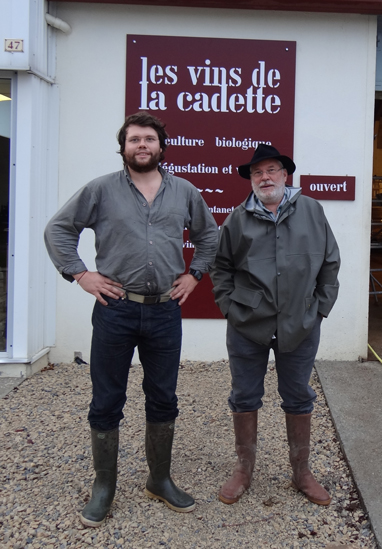 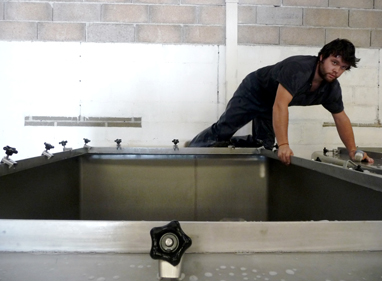 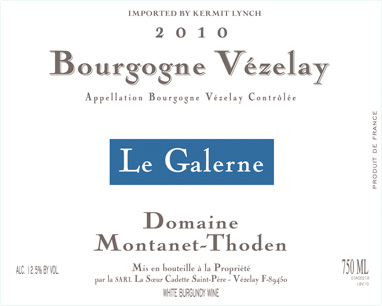 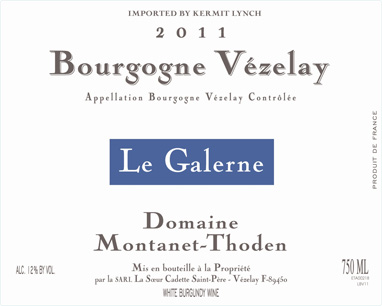 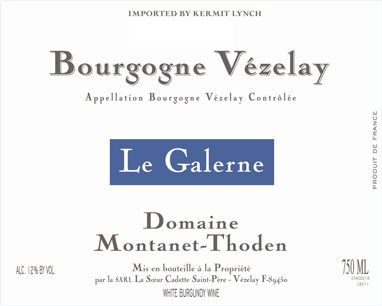 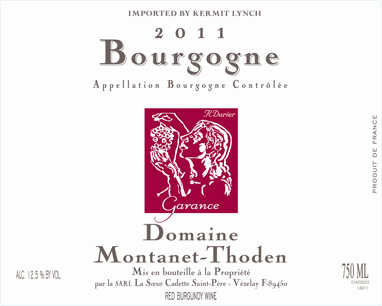 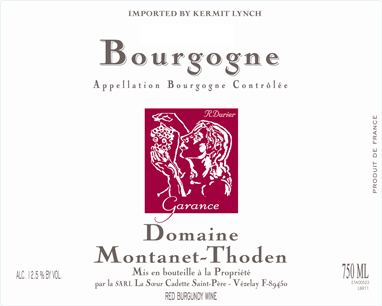 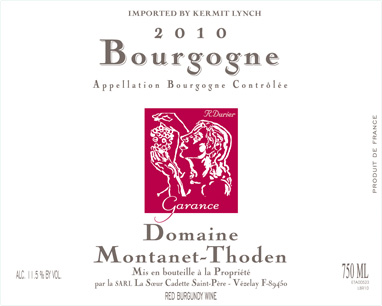