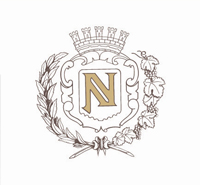 The Neveu family’s roots in the Loire Valley are nothing short of impressive, even for European standards. The local archives show that a Jean Neveu lived in the village of Verdigny (where the family still resides) as early as the 12th century, and family documents prove that they already owned and ran an agricultural estate in 1641. It is known that grapevines made up part of the property in the 19th century, but they were sadly destroyed in the phylloxera epidemic so it wasn’t until the after World War II that winegrowing regained an important place at the domaine, with nearly all of their wine sold in bulk through the 1960s. It was Roger Neveu, father to current owners Éric and Jean-Philippe, who during the 1970s brought the domaine into its contemporary incarnation by making and bottling his own wine, and selling it directly to customers, friends, restaurants, and importers. Éric officially joined the family métier in 1977 after studying winemaking in Beaune, and Jean-Philippe followed suit ten years later after getting his degree in accounting.

The love of a job well done is the goal and guiding principle of the brothers. The quality of the wine is the top priority, and giving complete satisfaction to their customers and friends is a close second. The family tradition in wine has already added another generation as both Éric and Jean-Philippe’s sons have started helping out in the vineyards and cellar.

The Clos des Bouffants, the primary Neveu family Sancerre holding, is a steep, due-south exposed, limestone vineyard located less than a half mile from the Neveu cellar. This storied vineyard was cited in the 1777 history of Sancerre, where the Abbott Poupart, priest of Sancerre, wrote, “the Bouffants hillside is one of the best I know in our Sancerre area.”

Sancerre Blanc “Côte des Embouffants”:
• There is no actual “clos,” or parcel enclosed by a wall, in the Embouffants vineyard
• An extremely steep slope (40-50%) with full south exposure
• Altitude of 240-290 m
• Very light, stony soil, only 20-25 cm deep
• Limestone bedrock with over 40% active limestone
• Single Guyot training
• Planting density of 7000 vines per hectare
• Vinified and raised in temperature-controlled tanks
• Juice transferred from press to tank with gravity
• The must is left to settle for 24-36 hours after the gentle pressing with a pneumatic press
• After pressing, juice cold soaks for 24 to 36 hours
• Fermentation lasts 15 to 20 days in stainless steel tanks
• Wine aged for 3 months before first racking, aged for 8 to 12 months in total

Sancerre Blanc “Pierre-François Xavier” Vieilles Vignes:
• Only made in great years
• A blend of 3 terroirs: Grande Côte, in the commune of Verdigny (clay-limestone terroir), Embouffants in the commune of Chavignol (limestone terroir), and Les Chailloux (silex) in the commune of Sancerre
• Assembled from the oldest and best parcels from all over the estate
• After pressing, fermentation occurs in oak barrels
• Wine aged in same barrels for 12 months
• Total production of 4 barrels, 1 of which is new
• Pierre-François Xavier is the name of the current generation’s great-grandfather
• First vintage was in 1990 and it has been made 9 times since then 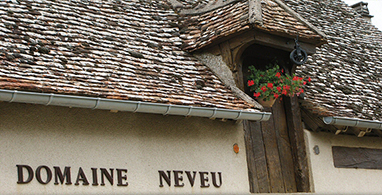 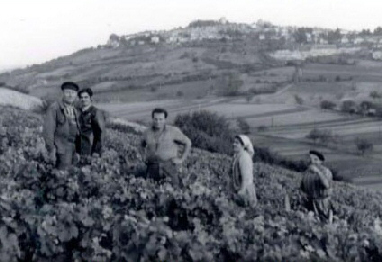 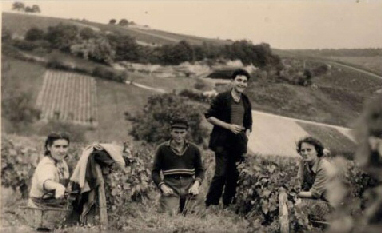