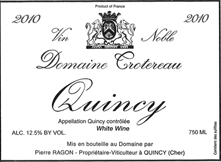 Pierre Ragon of Domaine Trotereau is as much an icon of the small appellation of Quincy in the Loire Valley as the appellation itself is a historical icon for the whole of France. Quincy was the second recognized appellation in France in 1936, second only to Châteauneuf-du-Pape. Grapes had long been planted here, however, with Sauvignon Blanc having been introduced by Cistercian monks in the 12th century. Southwest of Sancerre, on the banks of a tributary of the Loire River, the Cher, the relatively small appellation of 200 hectares is located between the villages of Vierzon and Bourges. The sandy, silex-ridden topsoil with an undercurrent of pink limestone is truly unique, unlike any other Sauvignon Blanc appellation in the world, and gives a very particular wine. Sauvignon is able to ripen more fully here while retaining a very interesting aromatic profile, and the wines are capable of aging quite gracefully.

As recently as fifty years ago, the wines of Quincy were more recognized in France for their quality than Sancerre or Pouilly-Fumé, and commanded a higher price. Today the appellation has largely faded from recognition, and cave cooperatives have bought up a lot of the land at pennies on the dollar. Most at Quincy try to make bracing, nervy Sauvignons that recall the typical style that can be produced anywhere, and there are precious few willing or able to take the risks necessary to produce the type of wine that made Quincy famous and that only their terroir can produce. Ever since Denis Jaumier retired after bottling the 2005 vintage, we’ve been looking for a worthy successor. Pierre Ragon’s vines happen to sit right next to some of Jaumier’s old parcels, and Pierre hasn’t rushed to replant with higher yielding clones since he took over the reins in 1973 at this storied family domaine founded in 1804. He is now blessed with vines over 100 years old that are still producing exceptional fruit. With pride and excitement, we once again bring you the real deal from Quincy. 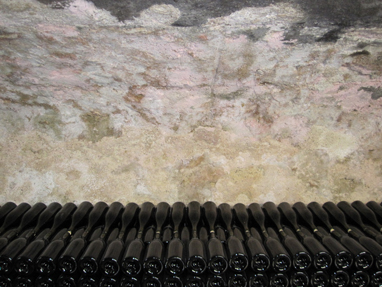 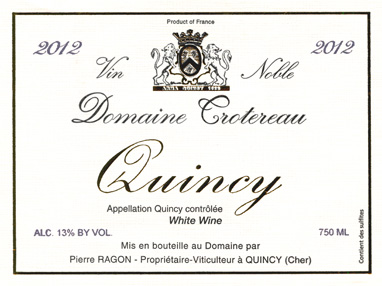