Didier Regnaudot is the type of vigneron we always dream of finding in the Côte d’Or. Alas, there aren’t many like him left. Didier is the fourth generation to manage his family’s property in the beautiful little town of Dézize-les-Maranges, which is on the southernmost edge of the Côte d’Or, up in the hills just west of Santenay. The village is located at 1300 feet above sea level and its terroir is cooler and later ripening than the villages further north, and its vines are more resistant to rot. This is all good.

Historically, red wine from Maranges was known to be the darkest wine of the Côte d’Or, a tannic wine not made to drink immediately, and would keep its color forever. As time goes by, more and more Chardonnay is planted here. Meanwhile, those still making red Burgundy here keep trying formulas to render it more accessible in its youth.

Like his father Jean-Claude and his other ancestors before him, Didier sticks to tradition and we celebrate that. He works old Pinot Noir vines mostly planted right after World War II (some before!) on the steep hillsides just to the east of Dézize. The vines are cordon trained, and planted in the middle saddle of the hillside in deep clay and fossilized limestone. His prized holdings are one hectare in a great premier cru site, “La Fussière,” and a small premier cru parcel just below called “Les Clos Roussots.” His formula is pretty simple: gorgeous, expertly managed vineyards, manual harvest, fermentation in concrete tank, long cuvaison, twelve months in oak, bottling without fining or filtration. The Regnaudots long ago understood what makes Maranges special and are dedicating to preserving that tradition, as unglamorous as it may be to some. Here, we raise our hats to Didier. Tradition means learned from experience, not the latest paraphernalia.

How does this sound? Deep, structured, seriously dark red Burgundies with thickly textured tannins. There’s a nice taste of Burgundian soul in there.

• Grapes are hand harvested and sorted in the vineyard
• 100% de-stemmed
• Must undergoes cold-soak for 1 week at 10°C
• Temperature of tank is raised to 18°C and fermentation begins
• For Les Clos Roussots, fermentation takes place in stainless steel tanks
• For La Fussière, fermentation takes place in cement tanks
• 2 or 3 punch-downs early in fermentation, and then gentle pump-overs
• Fermentation lasts 18 - 20 days
• Wine ages in barrel (40% new oak, 60% 1 or 2 years old) for 11 - 12 months.
• The barrels for each vineyard are then blended into stainless steel tanks and aged for another 3 months
• Wine is not fined nor filtered 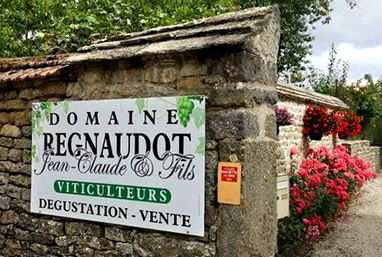 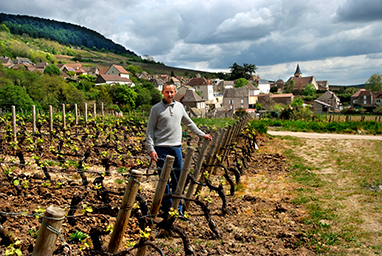