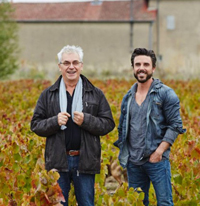 When Jean-Paul Thévenet took the reins of his family’s Beaujolais domaine in 1976, the region was in the midst of a productivity boom. Following WWII, modern developments including powerful fertilizers, herbicides, and pesticides were introduced as progresssive solutions to traditional farming practices and rapidly became widespread. Jean-Paul’s father embraced these changes, which at the time were welcome improvements to the time-consuming, physically demanding labor to which the generations preceding him had grown accustomed.

Jean-Paul picked up where his father left off until a childhood friend convinced him to return to pre-industrial ways of farming and winemaking. Marcel Lapierre, who also ran a domaine in Villié-Morgon, had been experimenting with natural vinifications of organically farmed fruit with promising results, guided by the mentorship of local biochemist and vigneron Jules Chauvet. With Lapierre’s counsel, Thévenet began by eliminating synthetic treatments in his vines and in 1981 made a first attempt at producing a natural wine, using ripe, hand-harvested fruit fermented whole-cluster with vineyard yeasts, very little added sulfur, and no chaptalization. His first successful vintage came in 1985, and it would take years of additional tastings, discussions, and late nights with Lapierre and two other local boys, “P’tit Jean” Foillard and Guy “P’tit Max” Breton, before Jean-Paul (known as “Polpo”) would achieve consistency with his new methods. The Gang of Four, as Kermit later dubbed the Villié-Morgon rebels, soon began winning over hearts and palates with their fine, perfumed, terroir-driven Morgons.

Growing up at the domaine, Jean-Paul’s son Charly took an early interest in vigneron life, and specifically the world of natural wine. As a teenager, he worked in Marcel Lapierre’s cellar for three years before returning home to help his father. It was upon Charly’s impetus that Jean-Paul began tilling his vineyards in 2000, finally investing in the necessary equipment to work the soil mechanically. In 2006, eager to strike out on his own, Charly purchased his own vines in the neighboring cru of Régnié, in which he introduced biodynamic practices.

Father and son now work together under one label, carrying forth Jean-Paul’s vision of pure and profound Beaujolais from old vines via sustainable farming and low-intervention winemaking. The Thévenets’ plush, mouth-filling Morgon and spicy, stony Régnié are a testament to their status as natural wine pioneers, definitively cementing their legacy in the Beaujolais hall of fame.

Beaujolais Blanc “Terrain Rouge”
•Sourced from a parcel in the commune of Corcelles-en-Beaujolais
•Grapes are whole-cluster pressed directly after harvest
•Fermented and aged in 50% tank, 50% new demi-muids
•Small doses of sulfur added after malolactic fermentation and at bottling
•Bottled approximately 9 months after harvest

Régnié “En Voiture Simone…”
•Sourced from climat Le Village
•Fermented and aged in concrete tank
•The label is a photo of Charly’s grandparents from the 1950s (Simon was his grandmother’s name); the name of the wine roughly translates to “let’s go” 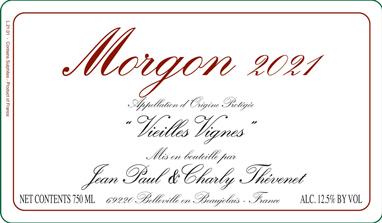 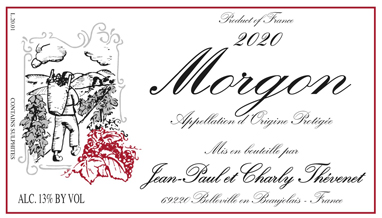 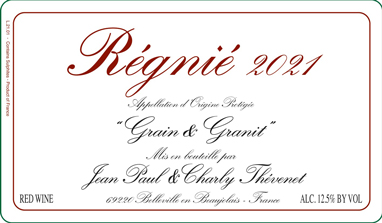 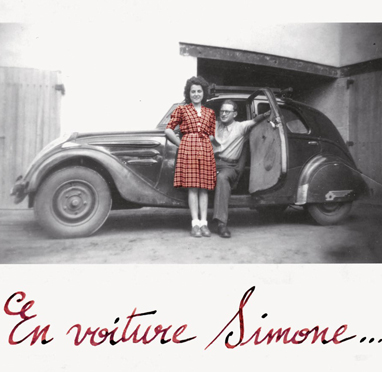