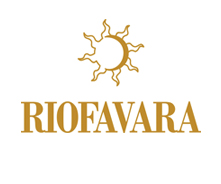 One of the newest additions to our portfolio is Kermit’s first Sicilian producer: the Riofavara estate, which is on the southern tip of this legendary island. The Padova family has tended vines here for almost a century, but only in 1993 did they begin bottling their own wine. Just a few years later, Massimo Padova took over the estate along with his sister Marianta, their cousin Antonella, and Massimo’s wife, Margherita. This energetic young team has worked tirelessly over the last dozen years to build a new winery and hone production techniques, resulting in an impeccable expression of the land they prize so highly.

The philosophy at Riofavara revolves around two central concepts: Sicilian typicity and the environment. Before rejoining his father at the estate, Massimo executed a careful study of the region’s wineries, zeroing in on the most talented and meticulous producers and determining what vineyard qualities and production methods were the keys to their success. Armed with his findings and reassured that their own land was among the region’s best terroirs, he ensured that every possible measure was taken to hone the quality of their wines. The family is so fervently dedicated to organic production that a few years ago they deemed the official Italian certifying agency too lax and “fired” them, establishing their own stringent standards that demand quality in the finished wine as well as environmentally friendly practices during production. Today they are happy to provide proof of their organic status from a small group called ASCA, which they find more rigorous in their inspections.

Riofavara is located in the Noto Valley, just a few minutes down the road from the town that gave Nero d’Avola its name, and was the first producer to dignify this grape with the use of its own indigenous yeasts. Though the area’s image still suffers in some circles from the historic production of high-alcohol wines that were good only to boost thin wines from the mainland, estates like Riofavara have completely reversed this trend, eliciting vivacious, mineral wines from the zone’s rocky limestone and marl terrains.

• Contrada Favara-Biduri (1.5 ha): Terrain made up of a thick layer of limestone pebbles in a limestone-silt matrix, sitting on clay- and limestone-heavy marls from the Tellaro formation

Spumante Metodo Classico Extra Brut:
• Hand harvested
• Grapes are destemmed, followed by a light pressing
• Fermentation at low temperatures in stainless steel tank
• Fermentation lasts approximately 15 days
• Wine is aged for 6 months on the lees in stainless steel
• Wine is bottled in spring following harvested and a liqueur de tirage is added
• Bottles age for 12 - 14 months as they undergo a second fermentation
• Bottles are then disgorged, a small amount of liqueur d’expédition is added and re-corked
• Bottles are aged for several more months before release to the market

Terre Siciliane Bianco “Nsajàr”:
• Hand harvested
• Half of grapes are de-stemmed and pressed, other half is not de-stemmed and pressed
• Aged on fine lees in stainless and neutral oak barrels for six months before bottling
• “Nsajàr” is the word in local dialect meaning “try something new”

• “Spaccaforno”is the former name of the commune of Ispica, where the estate is located. Both names derive from the Latin Hyspicae Fundus, meaning the bottom of the Hyspa River (now called the Busaitone) Valley.

• At least 6 months of élevage in French oak (80% second passage, 20% third passage) and 10 months minimum in bottle before release

• “Sciavè” (pronounced sha-VEH) is a local nickname for Saverio, the name of Massimo’s grandfather.

• Temperature-controlled maceration in stainless steel with pumping over daily

• Four to six months of bottle aging before release

Moscato di Noto “Notissimo”:
• 80 - 90 grams/liter of residual sugar
• Hand harvesting of fully mature and over-ripe grapes
• In certain years up to 10% of the grapes are dried in the sun in boxes
• Grapes are destemmed, followed by a cold maceration and light pressing
• Once wine has reached 11% alcohol, fermentation is stopped by reducing the temperature
• Aged in stainless steel for 6 months and bottle for five months

Named for the Tellaro River, this geological feature of the Noto Valley is a layer of active limestone that helps the vines withstand the extreme heat of summer by providing them with a reserve of water. 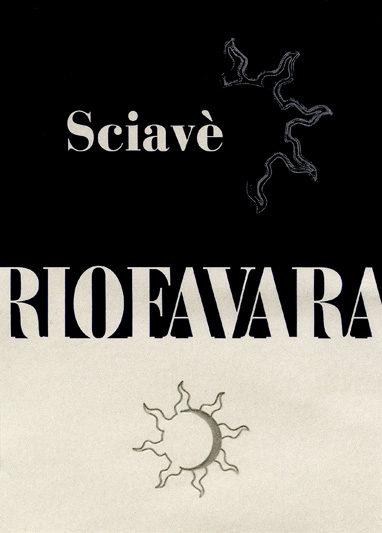 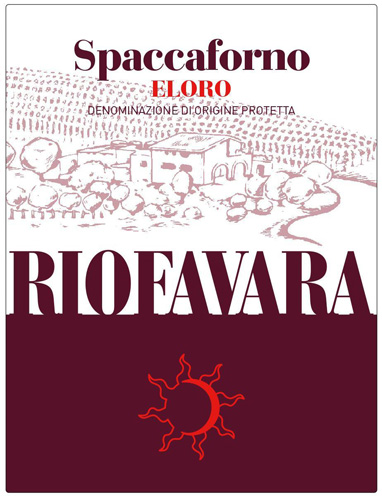