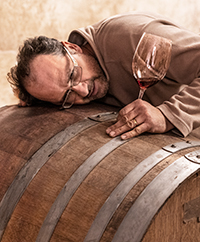 Like most families in the Langhe, the Giamellos started out with a polyculture estate that included small parcels of vines, grain, forest, and pastures where their animals grazed. The bulk of the grape harvest was sold off, but the family made enough wine for their own consumption. This system continued for three generations until the 1950s, when farm life became less profitable and many families left the area to find factory work in the cities. Brothers Luigi and Ercole Giamello stayed but launched a trucking company to supplement their income—the first motorized transportation service in the area—and in their absence their mother took care of the daily vineyard work, wisely replanting much of their land to vines. When the economy improved in the ‘70s Luigi was able to return to the domaine full-time, focusing more on wine production and eventually passing the reins to his son and daughter-in-law, Silvio Giamello and Marina Camia. This fourth generation continues to make wine the only way they can imagine: all vineyard work is natural and chemical-free, and the vinification techniques are purely traditional.

La Licenziana remains the archetypal artisanal estate, with very small quantities produced entirely by the family. When clients come to visit, Silvio humbly presents the wines, and his two young sons invariably burst into the winery with their mother following close behind, then gently leading them back into the house after greeting the guests. The Giamellos often finish tastings by blowing us away with an older vintage from their tiny personal stock. There’s no mistaking it: this is the real thing—old-fashioned Barbaresco with the terroir shining through. Each year we take every last bottle that Silvio can spare, but it’s never enough to satisfy all of his fans!

• All fermentations are natural, using only indigenous yeasts
Langhe Favorita “Gratia” : • Vinification in temperature-controlled stainless steel • Wine does not go through malolactic fermentation
Langhe Rosso Pinot Nero “Arneg”: • Temperature-controlled fermentation in stainless steel tank • After fermentation, wine ages for 10 to 12 months in 3 to 4 year old 5 hectoliter tonneaux • Aged in bottle for 6 months • Wine is note filtered nor fined
• “Arneg” is a local word that is used during a Piedmontese card game. It literally means “renegade”

Barbera “Gens Hoelia”:
• Vinified in stainless steel
• 8 to 10 day maceration, then wine completes primary and malolactic fermentation in 4 to 5 year old tonneaux
• Wine ages in tonneaux for 10 to 15 months

The name of the Vicenziana vineyard is a mutation of “Villa Gentiana” for the manor of the ancient Roman consul Lollio Genziano, which once occupied this land. In the 1970s the Piedmontese dialect was still commonly used and the zone was known as “Licenziana,” which Luigi Giamello chose as the name of his estate. The vineyard name was officially changed later to the standard Italian “Vicenziana,” so the Giamellos’ Barbaresco now carries both versions of the name: in dialect for the name of the estate and in standard Italian for the vineyard designation. Luigi’s son Silvio has also named his Langhe Nebbiolo “Villa Gentiana” since it comes from the same parcel.
Gens Hoelia:
Documents from Roman times show “Gens Hoelia” - families named Elia - lived in the area. The name also has a double meaning for Silvio and Marina because it means “family (of) Elia” and that is their older son’s name. 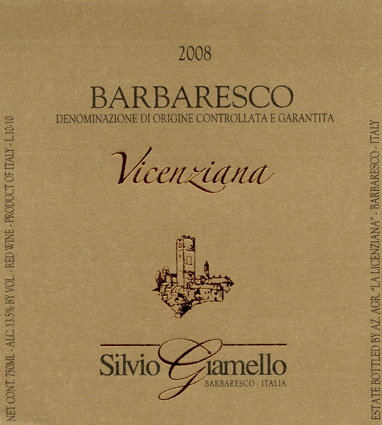 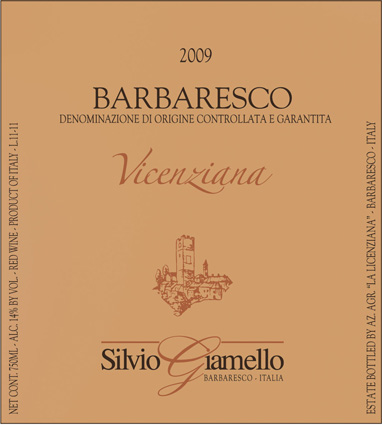 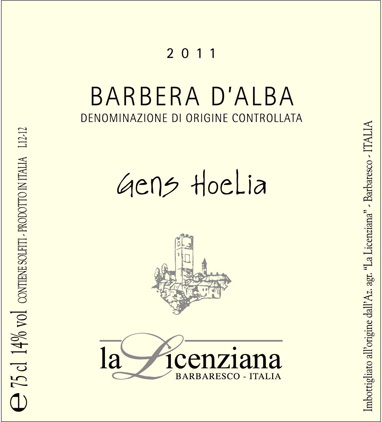 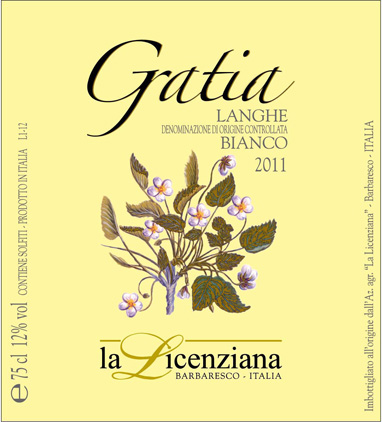 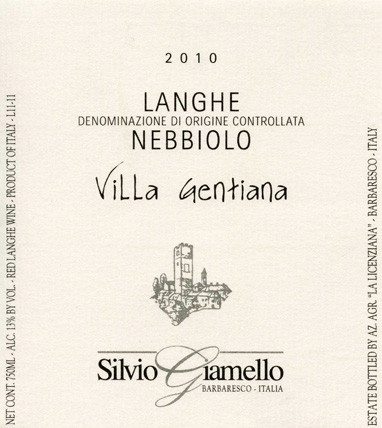