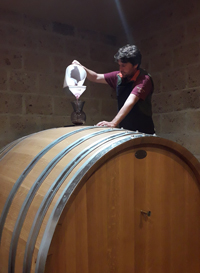 Molise is perhaps Italy's least-known region, and while its small wine culture is still largely unknown beyond its borders, this mountainous enclave tucked between Abruzzo and Puglia is nonetheless home to traditions of its own, its undulating, sunbaked terrain offering enormous potential for fine wine. After years living abroad, Giulio Steiger and his wife Margarita settled in Casacalenda, a commune situated roughly halfway between the capital city of Campobasso and the Adriatic coast, determined to create high-quality wines in Giulio’s native land. From 2015 to 2018, they planted twelve hectares of the region's typical grape varieties—Montepulciano, Aglianico, and the native Tintilia—on west-facing slopes of limestone, clay, and sand. With a climate influenced by both the Apennines and the sea, along with the moderating effect of the nearby Lake Guardialfiera, this picturesque area has all the makings of a great wine terroir. Recognizing this potential, Giulio and Margarita built their azienda from the ground up, meticulously planning each step and refusing to take any shortcuts along the way.

In an untouched region of tremendous natural beauty, it is only normal that the farming philosophy at Steiger-Kalena is centered around sustainability. Giulio eschews chemical treatments in his vines, leaving a natural cover crop and enriching the soils with his own grape pomace and manure from their farm animals. Upon completing a cellar built into the hillside, featuring a battery of old casks, concrete tanks, and a vertical basket press acquired in Champagne, he was able to welcome his first harvest in 2019. Fermentations occur spontaneously without temperature control, and the wines are aged in concrete and neutral wood, where they rest until the unfiltered bottling. Soulful delights with novel flavors and textures from a previously unheralded land, the first releases from this ambitious young couple make a very strong case for Italy’s second-smallest region. We are thrilled to welcome Steiger-Kalena as the first-ever grower from Molise in the KLWM family.

• Vineyards sit at 300-350 meters elevation and mostly face west
• Farming is organic, without chemical treatments
• Natural cover crop and fertilizer from their own grape pomace and farm animals
• Vines are trained high in the traditional pergola molisana system
• Fruit is hand-harvested
• Grapes are fully de-stemmed
• Spontaneous fermentations with native yeasts and no temperature control for 8-10 days
• Tiny doses of sulfur following fermentation and before bottling
• No green harvest to avoid excessive concentration and high alcohol
• Wines are bottled unfiltered
• Bottles are 1L size and feature a Stelvin closure
• “Passatella” refers to a card game from the 17th century that is still played in Casacalenda; the wine’s easy-drinking nature makes it a perfect pairing for this game

MISCELLANEA
Molise is Italy’s second-smallest region by both population and area, after Valle d’Aosta. It ranks sixteenth out of twenty in output by volume and seventeenth in vineyard area planted.

The name Steiger-Kalena is a combination of Giulio and Margarita’s surname with the old name for Casacalenda, Kalena. 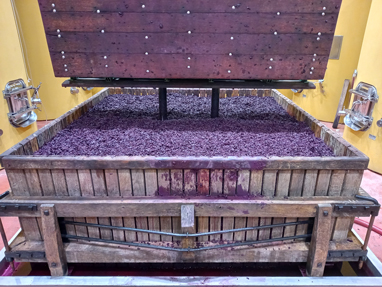 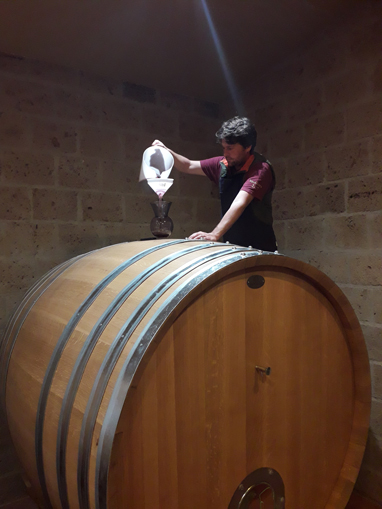 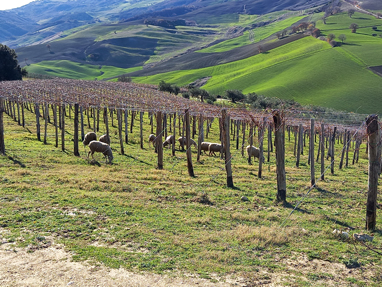 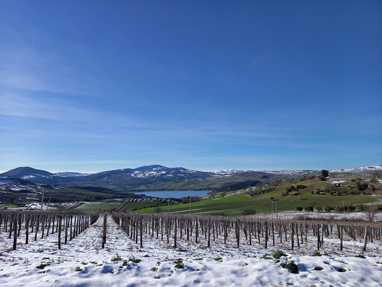 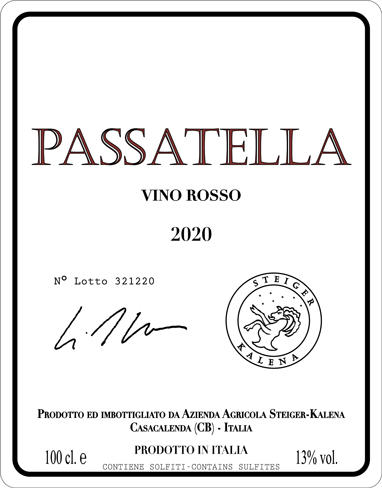