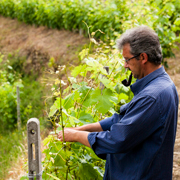 As you cross into Italy on the autoroute running east from Nice, Monaco, and Menton, the first major Italian town you come to is Ventimiglia. Shortly after this, if you exit the autoroute and head north into the hills, the dramatically steep slopes of this area of the pre-Alps come into view. It is immediately apparent that this is a very serious terroir, tucked into the hills of western Liguria and forgotten in time.

In these hills you’ll find Tenuta Anfosso, located in the town of Soldano, and the growing area (or DOC) known as Rossese di Dolceacqua. The grape grown here is the same Rossese as is planted throughout Liguria, but the terroir of Dolceacqua takes the grape to soaring new heights. The wines are reminiscent of Côte-Rôtie, with their combination of floral and roasted/bacon fat aromas and silky mid-palate with stoniness on the finish. There is a level of concentration, structure, spice, and minerality that the more fruit-driven Rossese from further east in Liguria does not possess.

Anfosso is blessed with incredible raw material, enabling them to craft wines of this quality. The average age of the estate’s vine is ancient, including their Poggio Pini cru, planted in the late 19th century, and their even older pre-phylloxera Rossesse Bianco. These slopes are impossibly steep and can only be worked by hand, which is made possible by hand-built dry-stone terraces.

Alessandro Anfosso (joined by his wife, Marisa Perrotti) is the sixth generation of his family to work this land. His great-grandfather Giacomo replanted their Poggio Pini vineyard in 1888. Alessandro's father Luciano still lives in the steep hills among the vines and is currently 87 years old. He has a stunning 77 harvests under his belt!

At 5.5 hectares, Anfosso is one of the 3 largest estates in this DOC, a zone that currently has only 80-90 hectares planted, down from 3,000 in pre-phylloxera times. In fact, there were more vines planted here than in the Langhe at that time. In other words, it is a forgotten gem of ancient viticulture, with a few remaining artisans who are eking out a living in this unforgiving terrain that is capable of producing world-class wines. Alessandro Anfosso is certainly among the best of them.

• Wines are neither fined nor filtered

• Flysch is a sedimentary rock consisting of alternating strata of marl and sandstone; proportions of clay and sand vary between each vineyard, and within each vineyard

• Sourced from cru of Poggio Pini

• Superiore and Fulavin aged for 12-13 months in stainless steel tanks before bottling, then 3-4 months in bottle before release

• Luvaira and Poggio Pini aged for 16-17 months in stainless steel tanks before bottling, then 7-8 months in bottle before release

• Rossese di Dolceacqua Superiore is a blend of the three crus, consisting mainly of young vines from recent plantings 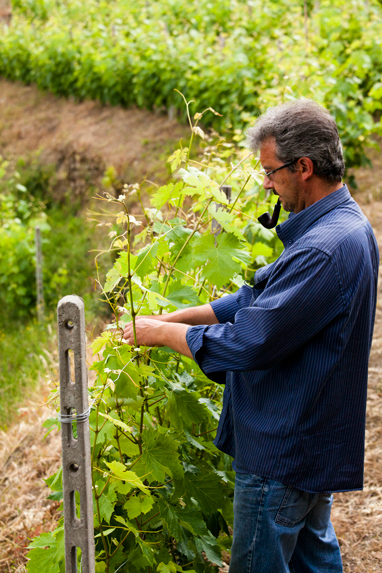 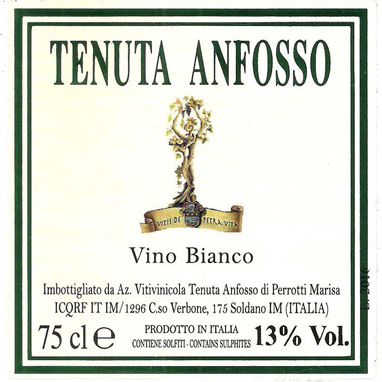 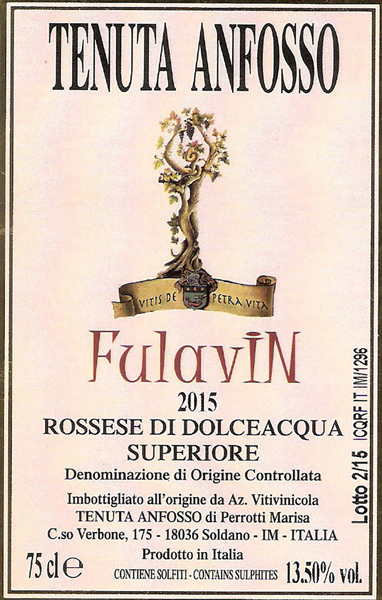 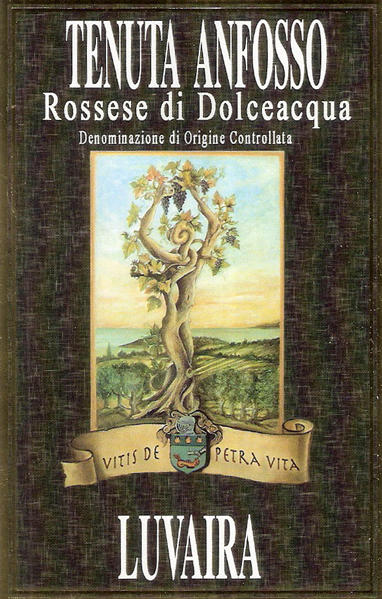 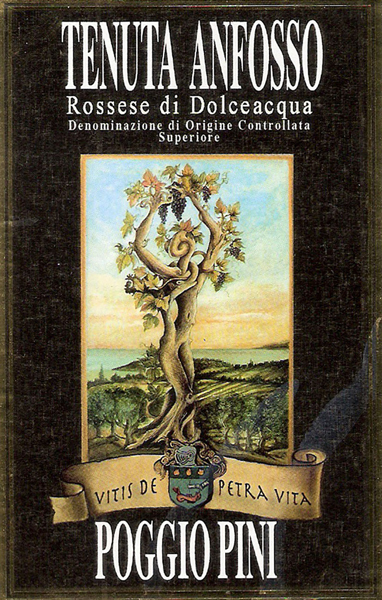 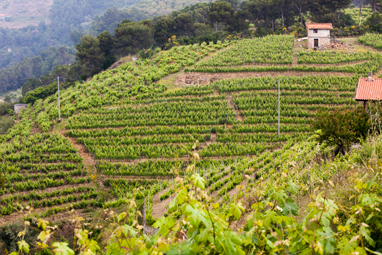 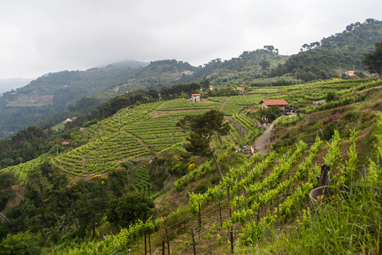 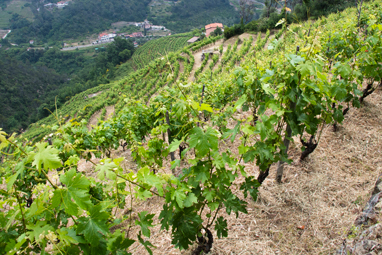