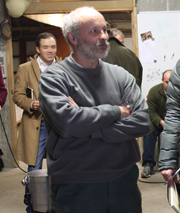 Like the Sleeping Beauty of the Northern Rhône, the appellation Cornas is at last awaking from a long slumber. Though these were wines once celebrated by Charlemagne, they have been regarded as the red-headed stepchild of the Northern Rhône for the last hundred years. Hard, tannic wines from the large négociants have given the appellation a bad reputation, and the rough, crumbling terraces lining the banks on this patch of the river have crippled even the most robust vignerons. In the early twentieth century, many vineyards here had already fallen into disrepair. By the 1980s, a slow insurgency of passionate winemakers started to resuscitate the vineyards, with Thierry Allemand deep in the fray. Thierry was working at Domaine Robert Michel at the time. Young and eager, he was learning the trade secrets of terrace farming, pruning, grafting techniques, and noninterventionist winemaking. Little by little, he began acquiring vineyard parcels that had long since been abandoned, rescuing some, buying others, and renting the rest. Insufferable work as it was, he dove into the project courageously: he cleared over-taken vineyards of weeds and scrub brush, reinforced terraces, rebuilt walls, and replanted. All by hand. Though it took him fifteen years before he could afford to fully dedicate himself to his own domaine (he earned his living as an electrician!), the quiet, monastic Thierry Allemand had already become a legend.

The not-even-five hectares of land that he farms almost seem abundant when one considers the diversity and challenge that each parcel presents. Despite the critiques earned when Cornas was considered to be in decline, some claim that it possesses the best microclimates and the greatest terroirs of the Northern Rhône. Stacked onto the hills of the western bank of the Rhône River, the vines of Cornas enjoy maximum sun exposure, facing south by southeast. The slopes are composed of both limestone and granite, though Thierry’s parcels lie predominately upon sturdy, granite subsoil with some clay. The sun exposure of his vineyards are of particular note, as they are inclined to early ripeness. Thierry vinifies each parcel individually, bringing prestige and recognition back to even the smallest lieux-dits of Cornas. His commitment to minimal doses of sulfur dioxide puts him in the same school of thought as such renowned traditionalists as Marcel Lapierre (Beaujolais), Domaine Gramenon (Southern Rhône), and Domaine Léon Barral (Languedoc). The cult status that Thierry’s wines have achieved is well-earned praise for this quiet hero of Cornas.

• Stems left on cluster during fermentation

• All wines are vinified separately

• Very low doses of sulfur, sometimes none at all

• Cuvée made up of all younger vines

• Cuvée made up of all older vines, a portion of which were purchased from Noël Verset 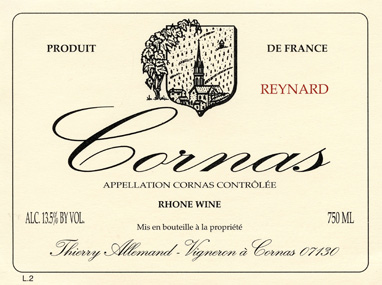 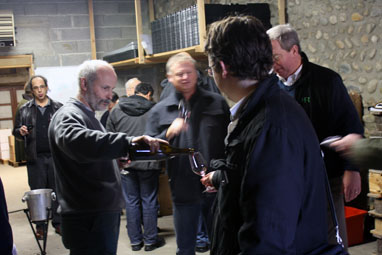 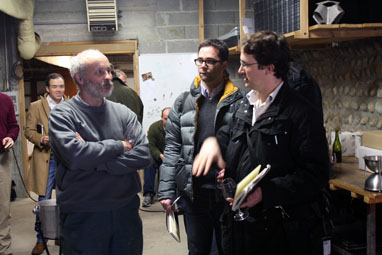