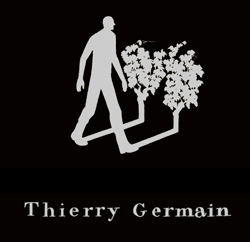 The rendering of Thierry Germain by renowned French wine artist Michel Tolmer that appears on most of Thierry’s labels is the perfect image to capture the essence of his accomplishment. A tall and imposing presence, physically and intellectually, Thierry casts a long shadow. His vines, old, wise, and vibrantly healthy thanks to biodynamic viticulture, cast an imposing shadow themselves. They meet in a symbolic embrace of perfect connection, each feeding off the other’s energy.

Thierry’s domaine, Roches Neuves, whose vineyards are planted in the Saumur (Blanc) and Saumur-Champigny (Rouge) appellations, has rightfully become one of the greatest examples of high achievement in biodynamic vine growing in France. We put him up there with the greats: Abbatucci in Corsica, Ganevat in the Jura, Ostertag in Alsace. His total dedication to site specific wines produced from Cabernet Franc and Chenin Blanc, his “parcellaires,” has produced some of the most exciting wines in the Loire Valley today.

Thierry relocated to the Loire from Bordeaux in the early 1990s, and soon fell under the influence of his spiritual father, Charly Foucault of Clos Rougeard. Thierry would ultimately convert his entire domaine to biodynamic viticulture, which was the equivalent of his wine epiphany. Listening and observing his plants, allowing them to guide him, revolutionized his way of thinking. Thierry harvests on the relatively early side to preserve fresh, vibrant fruit. His goal is to produce Cabernet with purity, finesse, and drinkability, while avoiding rusticity, vegetal character, and hard tannins. When it comes to his Chenin, he makes bone dry, high acid, mineral wines that drink like Chablis young and take on weight slowly over time. Aging takes place in large oval foudres (for the whites) and round foudres and demi-muids (for the reds) in Thierry’s frigid tuffeau cellars below his winery in Varrains. His incredibly diverse terroirs are translated with utter clarity and precision.

While most of Thierry’s bottlings bear the Roches Neuves name, others include the name of his long-time associate and vineyard manager at the domaine, Michel Chevré, who purchased some of his own vineyards with Thierry’s encouragement. These wines are followed by Thierry, Michel, and their team (biodynamically of course) from vine to cellar and vinified at Roches Neuves in Varrains.

Saumur-Champigny “Domaine”:
• 100% de-stemmed
• Fermentation in stainless steel tank for 8 to 10 days
• Light pumpovers during fermentation—meant to infuse the grapes not extract them
• Aged in stainless steel and wood tanks, on fine lees, without sulfur, for 3 to 4 months
• Communes: Chaintres de Varrains and Saumur

Saumur-Champigny “Roche”
• 100% de-stemmed
• Fermentation in stainless steel tank for 8 to 10 days
• Light pumpovers during fermentation—meant to infuse the grapes not extract them
• Aged in stainless steel and wood tanks, on fine lees, without sulfur, for 3 to 4 months
• Communes: Chaintres de Varrains and Saumur

Saumur-Champigny “Terres Chaudes”:
• 100% de-stemmed
• Fermented in cement tank for 18 to 22 days
• Light pumpovers during fermentation—meant to infuse the grapes not extract them
• Aged on fine lees in 600L or 1200L foudre for 12 months
• Commune: Chacé
• Sourced from the lieu-dit “Les Poyeux”

Saumur-Champigny “Marginale”:
• 100% de-stemmed
• Fermented in foudre
• Light pumpovers during fermentation—meant to infuse the grapes not extract them
• Aged in 228L (2 – 3 year old) barrels, 1200L foudre, and 2500L foudre for 18 to 24 months
• Only made in great vintages
• Communes: Chacé and Varrains

Saumur-Champigny “Clos de l'Echelier”:
• 100% de-stemmed
• Fermented in conical tanks
• Fermentation lasts 10 to 15 days
• Light pumpovers during fermentation—meant to infuse the grapes not extract them
• Aged in 1200L foudre and 600L demi-muid for 12 months
• Commune: Dampierre sur Loire
• Vineyard is an actual clos, surrounded by a wall built 300 years ago

Saumur-Champigny “Outre Terre”:
• 100% de-stemmed
• Fermentation and macération for 8 months in 800L Georgian amphora
• No punchdowns or pumpovers
• Aged for 12 months in barrel
• No sulfur
• Bottled in the cellar directly from barrel to bottle
• Commune: Saumur

Saumur “Terres”:
• Fermentation and macération with skins for 8 months in 400L Italian amphora
• Aged for 12 months in barrel
• No sulfur
• Commune: Saumur 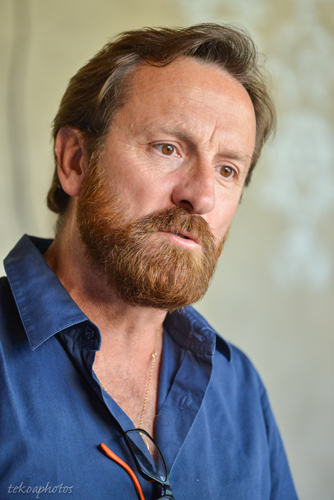 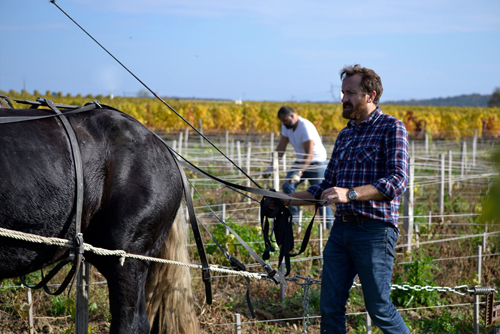 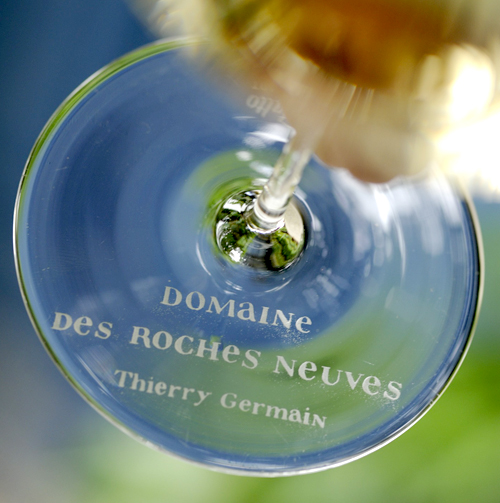 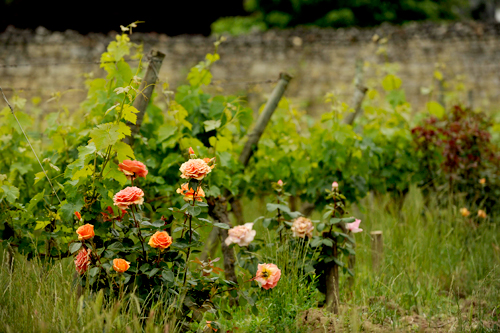 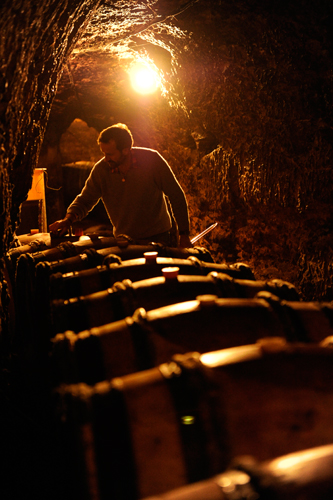